Youtube Most Watched Videos in Nigeria For The Year 2013 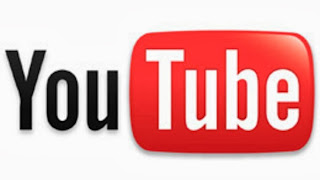 The top videos range from videos that got us laughing till we had tears in our eyes, to those that left us angry, worried and curious, this year's top trending YouTube videos show great that great
channels are driving pop culture and becoming a platform for Nigerians to express their deepest emotions.

A look at Nigerian favorite music videos
in 2013, reveals that Naija music has indeed found a place in our hearts and on our dance floors. Songs like Ada Ada by Flavour, Caro by Starboy feat L.A.X & Wizkid, Personally by P-Square, Jaiye Jaiye by Wizkid ft Femi Kuti and
Eminado by newly married diva Tiwa Savage ft Don jazzy were some of the most watched music videos in NIgeria in 2013.

The comedy-loving side of the Nigerian was also evident from the list of most viewed videos, with videos like The Interview by NdaniTV and Lagos
Big Girl's Game by VideoHitsShow's featuring as two of the most watched videos in 2013.

In addition to music and comedy, Nigeria also had its share of highly talked about news content that got everyone sharing, liking and commenting. Videos like the Channels TV's interview with the
NSCDC commandant (popularly referred to as "Oga at the Top") and the toe-to-toe #girlnotbride conversation between movie celeb Stella Damasus and Senator Yerima on the Al-Jazeera show The Stream were some of the most emotional Nigerian moments on YouTube.

To celebrate all these moments, over 60 top creators on YouTube got together and made a little video: view Here

I can’t be attracted to any Nigerian man-Actress Chioma Toplis.