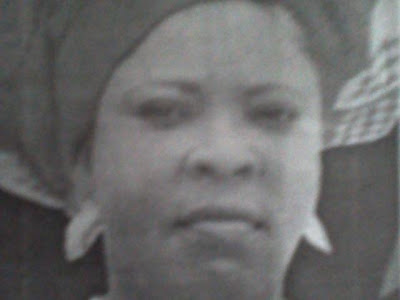 A 41-year-old woman, Mrs Catherine Sefunmi Urouna, on Saturday, committed suicide by drinking substance suspected to be chemical in protest of her husband’s refusal to buy her a ipad device.

The family of five were thrown into mourning, even as the neighbours were shocked that a woman who was happily married could take such a nasty decision to take her own life over an ipad. The police in Ondo State are, however, investigating the actual cause of her death.

The 41-year-old woman and mother of two boys and a girl was a senior executive accounting officer in Akure North local government council, Iju/Ita-Ogbolu of Ondo State. She was said to have threatened to kill herself a fortnight ago if the husband didn’t get her an ipad; even as the husband pleaded with her to continue using the Blackberry phone.

(Photo) What Is Toni Payne Doing With A Gigolo ???

(Photo) What Is Toni Payne Doing With A Gigolo ???

“Wish I Can Turn Back The Hands Of Time” — BBNaija Evicted Housemate, Lilo Cries Out

BBNaija: “Lilo Lost Focus” – Vee Reveals Why She Voted Out Her Bestie

Lady Discovers She Has been Dating Her Cousin (Photos + Video)

FG to announce details for 3rd phase of lockdown