We might be forced to ‘return to creeks.’ – Mujahid Asari-Dokubo 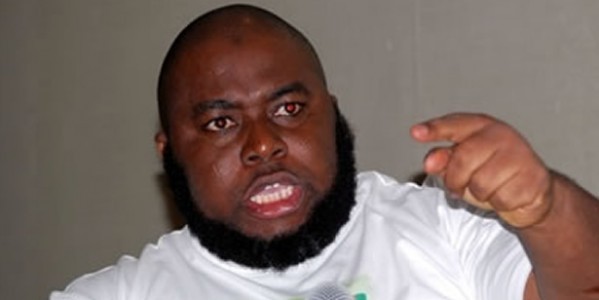 A former Niger-Delta militant, Mujahid Asari-Dokubo, says with the defeat of President Goodluck Jonathan, he and other militants might be forced to ‘return to creeks.’

Asari-Dokubo, who hails from the same state as Jonathan, said the voting pattern showed that the South-West and the North ganged up again the South-South and South-East geo-political zone.

The ex-militant said in a statement by his spokesperson, Rex Anighoro, that it was unfair that the minorities were being emasculated by the majority ethnic groups.

He said he feared that the government of the President-elect, Muhammadu Buhari, would be vicious.

Asari-Dokubo said, “The conditions that advanced the need to embrace the creeks have been sadly re-energised, it is clear that a vicious government who may maim and murder the voice of the so called minorities may have just been birthed.

“Indeed integration is nonexistent as regional gang ups and supremacy is symbolic with this victory.”

The ex-militant, who had in January said he and his colleagues would wreak havoc if Jonathan lost, praised the President for being a true statesman.

He said it was the struggle of the militants that led to the Jonathan presidency.

Asari-Dokubo said since the South-South had lost the presidency, ex-militants would meet to decide the next line of action.

He said, “While President Jonathan enjoys his moments and basks in the euphoria of a now world renowned statesman having congratulated Muhammadu Buhari, we must quickly be reminded that our struggle was never about Jonathan or about the presidency.

“President Jonathan was a beneficiary of our struggle, our sweat and blood that many bled and died for, he was never in the struggle and he can never wish away our collective march forward for statesmanship.

“Yes indeed to an extent he was a mitigating factor in self determination pursuit as we went on sabbatical, this mitigation he seem to have willingly repudiated.

‎
‎The days coming will be critical, we shall study all the conditions and consult widely before determining the way going forward for our collective existence and survival as a people. The days coming shall either drive the quest of integration or further separate us.”
‎