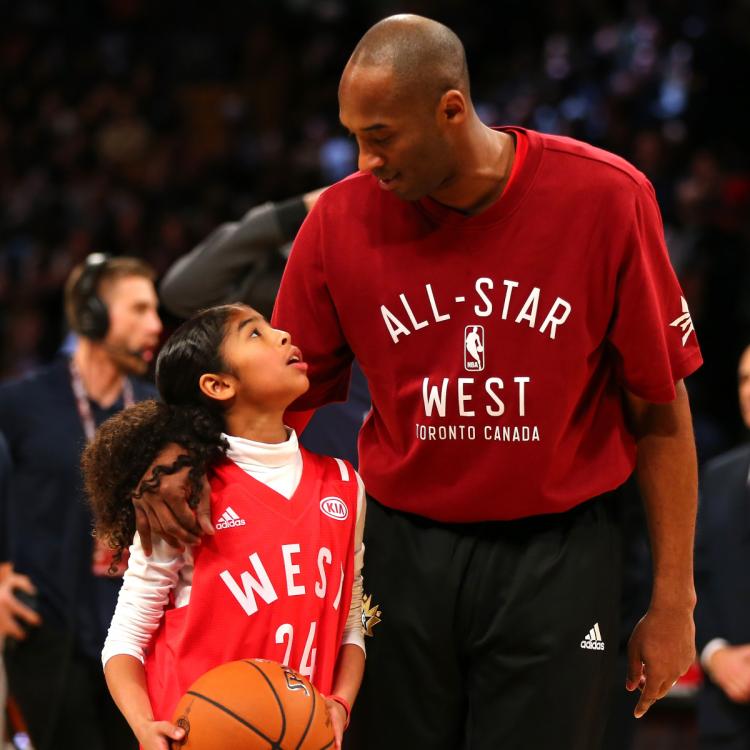 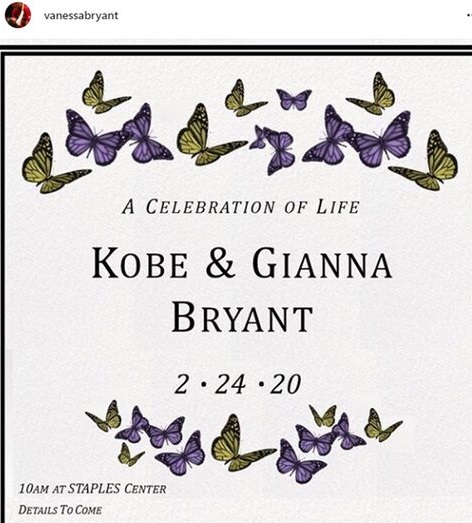 Details on the upcoming public memorial for Kobe Bryant are starting to come together — and the date has a special significance for the late NBA superstar.

A source told ET on Thursday that Bryant’s memorial ceremony will be held on Monday, Feb. 24, at the Staples Center in downtown Los Angeles.

“There was conversations about possibly having the ceremony at the LA Coliseum to fit more people, but ultimately the Staples Center made the most sense as it was such a big part of Kobe’s life,” ET’s source said. “The date being the 24th was a decision to coincide with his jersey number as well. The day will be a way for LA to celebrate a man that meant so much to the city.”

Vanessa Bryant confirmed the memorial on Instagram and shared that it will start at 10 a.m. on Feb. 24 at the Staples Center. Vanessa posted artwork with purple and yellow butterflies — the Lakers colors — reading,” A celebration of life. Kobe & Gianna Bryant. 2. 24. 20. 10 a.m. at STAPLES Center. Details to come.”

Coincidentally, the date of “2/24” has extra meaning for the Bryant family, as “2” was the jersey number of Bryant’s 13-year-old daughter, Gianna, who also died in the tragic helicopter crash last month. Gianna was honored by her Mamba Academy basketball team this week, who retired her No. 2 jersey on Wednesday.

On Jan. 30, Los Angeles Mayor Eric Garcetti confirmed that a memorial was being planned in honor of Bryant, as well as the eight other victims of the crash.

“There will absolutely be a memorial to mark the contributions of this incredible man and not only him, but to commemorate the loss of his daughter and all the other families that were there,” Garcetti told the Los Angeles Times of Bryant’s 13-year-old daughter, Gianna, and Alyssa Altobelli, John Altobelli, Keri Altobelli, Payton Chester, Sarah Chester, Christina Mauser and Ara Zobayan, all of whom perished on board the helicopter.

Coronavirus bombshell as 14% of patients who recovered test positive again