Tuface Idibia says his saddest moment was during the baby mama saga. “Some people were using it against me” 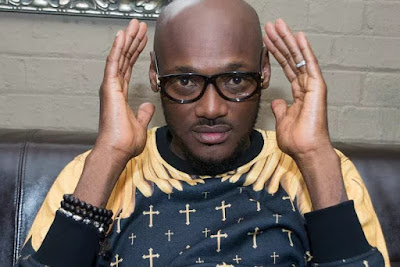 In an interview with Sunnewsonline , Nigerian music legend Tuface Idibia has revealed the key factors to being a successful musician, the saddest and happiest moments of his career, Plantashun Boiz and future plans.

“My saddest moment was when they were writing things about me some years ago while I was celebrating the kids coming. Some people were using it against me, and saying some hurtful things to put me down. Another sad moment was when I lost my dad. All of a sudden I realised that this man who used to carry us on his shoulders and take us out for shopping and all that was going to die. Although, I tried all I could but I couldn’t help him, and he died. I cried like a baby,”

Just like he has had his sad moments, the ‘African Queen’ crooner and father of six has also had his happiest moments.

“There are so many first moments I could describe as my happiest. For me, it has been a string of firsts, and I am glad that I am a pioneer. Officially, I was the first artiste to be endorsed by a very big company and that was a very happy moment for me. I was the first to be declared by a big record label as the first artiste to sell above a million copies. I was the first to be on the popular Billboard charts.
I was also the first Nigerian artiste to have his music played on MTV Base Africa. In fact, the list is endless; and my kids are huge sources of inspiration for me, even though, when they were coming and I was rejoicing that I was going to be a dad, some people were complaining; thanks to their mums and my wife.”

He identified humility, respect for people, talent and belief in oneself as key factors to being a successful musician.

“The number one factor to success is that you have to be ready mentally, physically, spiritually and every other ‘ally’. You have to be ready to face challenges.
Number two is respect. You must respect people because people are the backbones of your success and failure. Respect your fans and the people that contributed in one way or the other to your career, because there is no artiste that can come out and say he or she is an island. You must have some level of humility as well. It’s not necessary that you greet everybody you see on the road; but you have to know that since you have put yourself out there, you must be humble. And finally, you need to have talent; talent is key because it is the foundation on which you will build your career as a musician.”

Speaking further, Tuface says his dream has always been to sing, and while growing up, he listened to the likes of Bob Marley and Fela Anikulapo-Kuti. However, in 1997, after he relocated to Lagos with Blackface and they founded the Plantashun Boiz, he made up his mind to make a career out of singing. Recalling how he has handled success over the years, Tuface said.

“You know, there is this thing about life. If you have been planning and aiming for something, you wouldn’t be so surprised when you eventually get to that place. Like when I started music as a career, there was an intention to go all the way but the speed, magnitude and stardom that came with success was overwhelming at one point. And that was because when we were planning this, we never knew it will get this big, so we just had to re-adjust to the new level on ground. So, for me, I will say that I worked towards it. So, when it started happening, I wasn’t so surprised.”

Tuface has sold millions of records, won numerous awards and is indeed a music icon not just in Nigeria but also across the continent. Asked if he misses the Plantashun Boiz 12 years after the group broke up? he said:

“You know that once in a while you feel that way and nostalgia just overwhelms you and you are like ‘wow!’ It was really fun those days hanging out with Faze and Blackface, singing together, cracking jokes and living together in the hotel, and all the funny things we did. We have some plans to still do stuff, but right now, we haven’t fixed a particular date or anything concrete.”

The Benue-born musician said he has no regrets.

“I am not somebody that likes to regret. I feel that whatever that happens has happened. The only thing I think of is how to blend and turn things positively. I don’t just sit down; fold my hands and start regretting. Instead, I re-adjust and move on.”

Despite his success, Tuface says he is not yet fulfilled:

“I am somewhere now but not exactly the place and position I want to be. I still want to go far. I am still hungry to achieve other things as a business man and not just a musician”

Fela didn’t die of AIDS, he was injected – Dede Mabiaku

‘Why I Called 2face ‘Gay’ in My Diss Song’ – Blackface