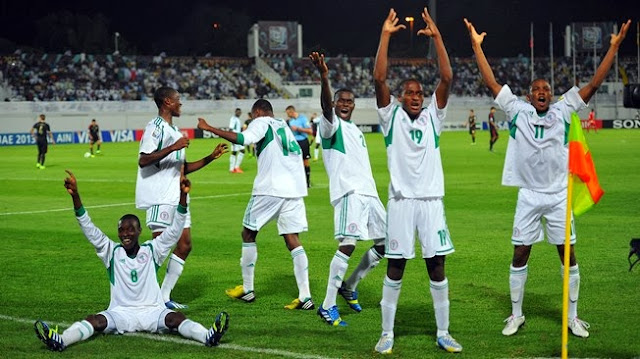 The head coach of the Iranian U-17 side, Ali Doustimehr has congratulated the Golden Eaglets over their qualification for the quarter final of the ongoing FIFA cadet World Cup in the United Arab Emirates (UAE) but has raised dust on their ages.
“The Eaglets were the better side. I am happy with FIFA for bringing up such tournament which has helped to ensure peace and friendship among the youths of the world. I have been in this job for over 30 years and I have been coaching the National team for 20 years. The way the Eaglets played today (yesterday) and in their matches showed that they can’t be teenagers but if they are truly within the age bracket, it shows that Nigeria will have a very strong national team in the future.
“I didn’t say that they are overage but if they truly Under 17 I wish them luck. My players are young and inexperienced and it counted against Nigeria,” Doustimehr admitted in a press conference after the match.
However, Eaglets’ Head Coach, Manu Garba has threatened to drag Doustimehr to FIFA if he doesn’t withdraw the statement credited to him.