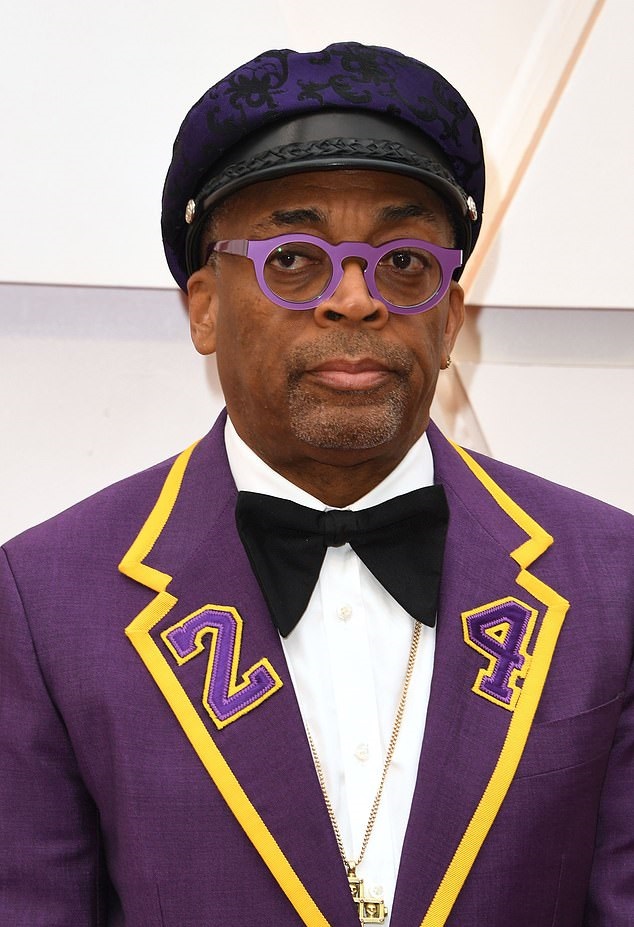 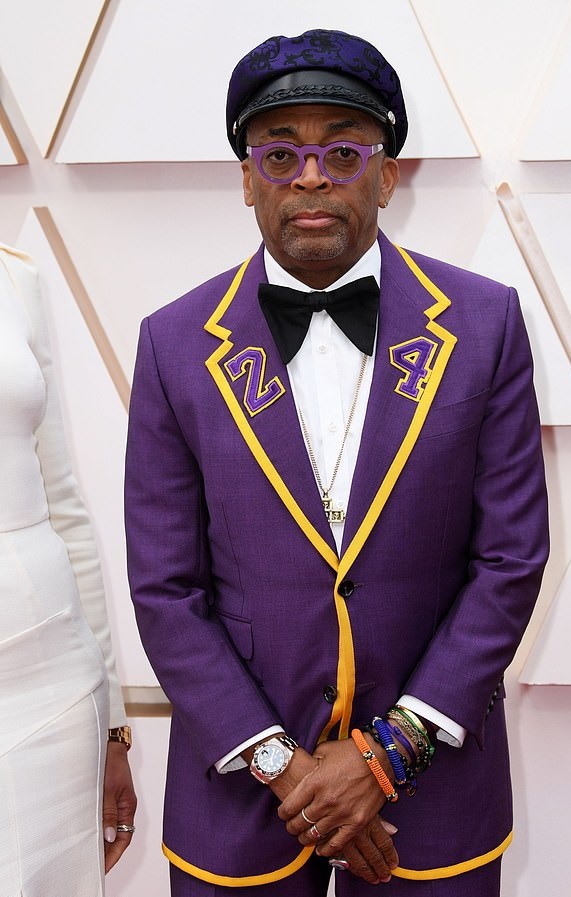 Spike Lee paid tribute to the late Kobe Bryant by wearing a purple suit at the Oscars Sunday.

‘It’s for Kobe and it’s my way of paying tribute,’ the Oscar-winning filmmaker, 62, said on the red carpet at the Dolby Theatre in Los Angeles.

Lee, a diehard NBA and New York Knicks fan, donned a custom-made purple suit with yellow trimming – the colors of the Los Angeles Lakers – as he made his way down the red carpet with his wife Tonya Lewis Lee. Tonya dazzled in a long-sleeved floor-length white gown with silver earrings.

The BlacKkKlansman director had Bryant’s number 24 number featured on both the jacket lapel and back of the jacket.

He rounded things out with purple rimmed glasses, a purple cap and a pair of Kobe signature Nike shoes. Lee’s fashion tribute came two weeks to the day the basketball icon died at 41 in a helicopter crash with his daughter Gianna, 13, and seven others.

Lee and Kobe had worked together on Kobe Doin’ Work, a 2009 doc that centered around the NBA superstar’s preparation for a game against the San Antonio Spurs in the 2007-2008 season. 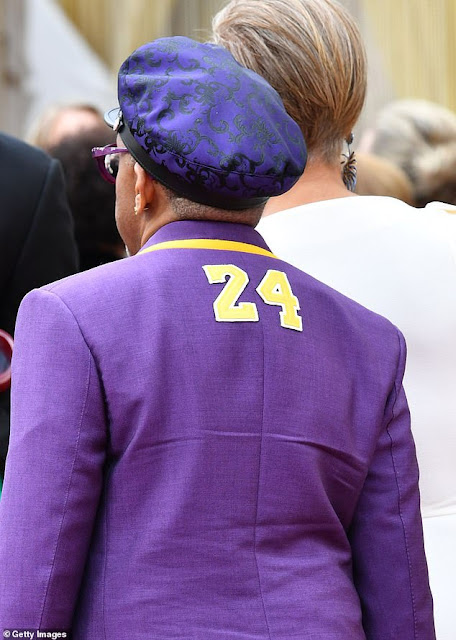 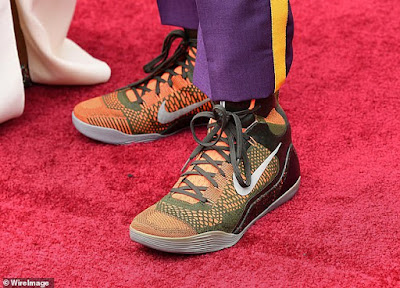 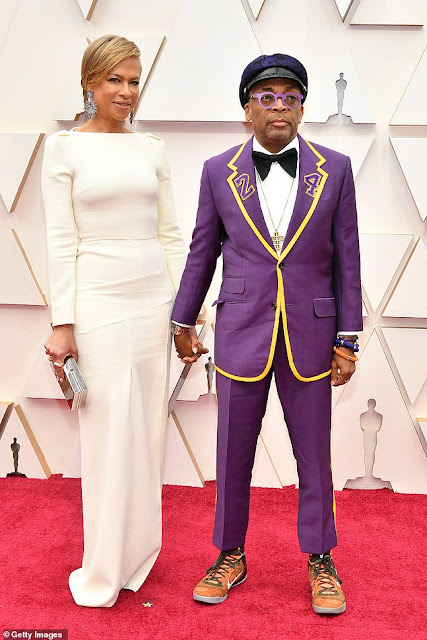 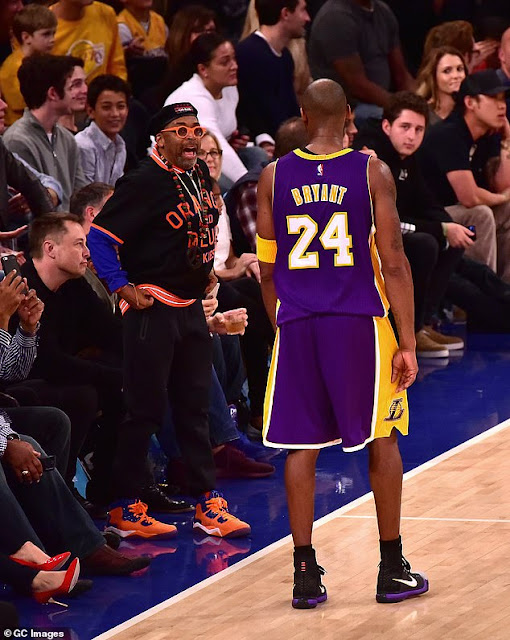