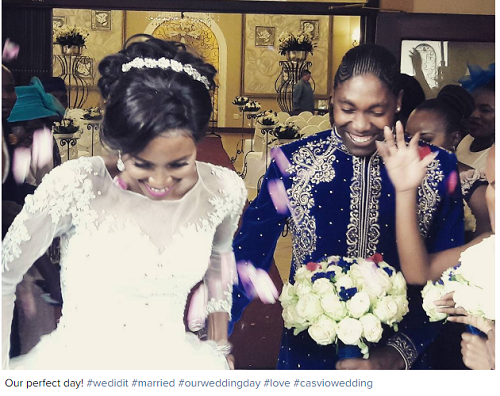 Semenya and Raseboya were the toast of Twitter on Saturday afternoon with pics of their wedding ceremony flooding social media.

Semenya first shot to stardom in 2009 when she won gold in the women’s 800m at the IAAF’s World Championships in Berlin, before being controversially subjected to gender testing.

She was cleared and won the silver medal at the 2011 World Championship in Daegu as well as silver at the 2012 Olympic Games in London.

In April 2016, a part of her preparation for the Rio Olympics, Semenya become the first person to claim the 400m, 800m and 1500m titles at the South African National Championships. 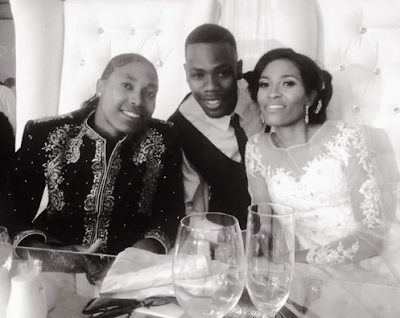 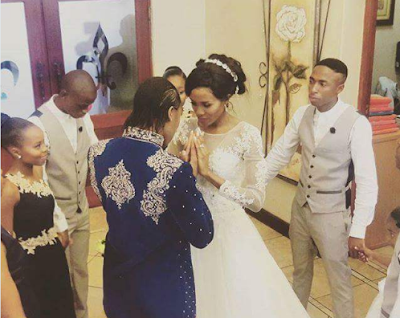 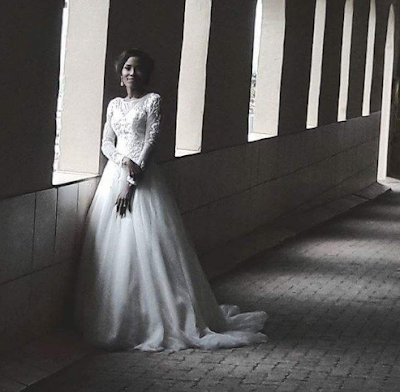