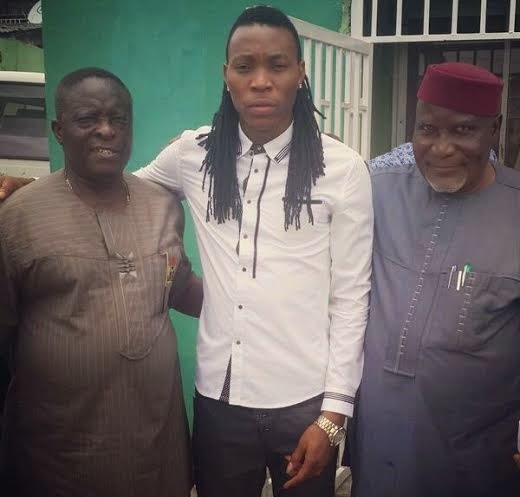 Here is a press statement from his camp;

The deal will have Solidstar record the official Super Eagles theme song which will be used to unite and inspire the players on and off the pitch and also our country.

Dr. Rafiu Oladipo who represented the NFA and who also is the president of the supporters club in a statement said – We needed someone one who was passionate about Nigeria football and who has that gyration in his voice and who the new and old generation can relate to and it was just Solidstar that came to mind”

The “Negotiate” crooner with joy appreciated the football association and the supporters club and said he is humbled by Dr. Oladipo’s kind words and he won’t disappoint in the new project.
Expect something gyrating, something that will lift the spirit of the whole players, coaching staff, the supporters and the whole country. – Solidstar assured.