Shocking! Toddler Seen Waving Gun Around During Training To Become An Armed Robber 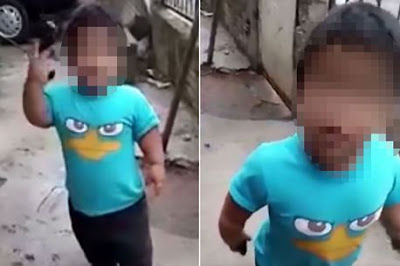 Video of a toddler waving a gun around has caused outrage after it was posted online. The clip shows a young boy that some sources report to be just three-years-old wearing an Angry Birds T-shirt and aggressively waving a gun at the camera.

Addressing the person making the clip in Spanish, he demands “plata” – slang for cash – as if he is a mugger, while waving around the weapon .

Viewers’ outrage was fuelled by the perception that, as the boy is filmed from slightly above, it must have been an adult behind the camera, and therefore the adult was training the boy for a life of crime.
It is unclear if the gun in the clip is real or a toy.

Street crime is known to be a problem in Argentina, with the United States government calling it a “constant problem” for residents and visitors alike. 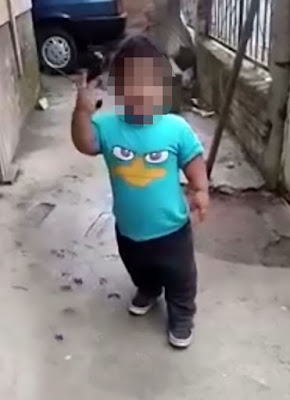 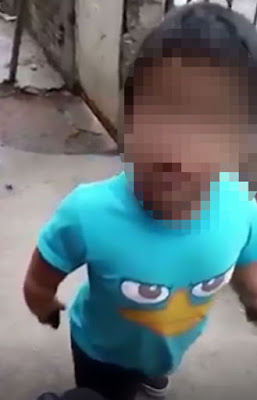