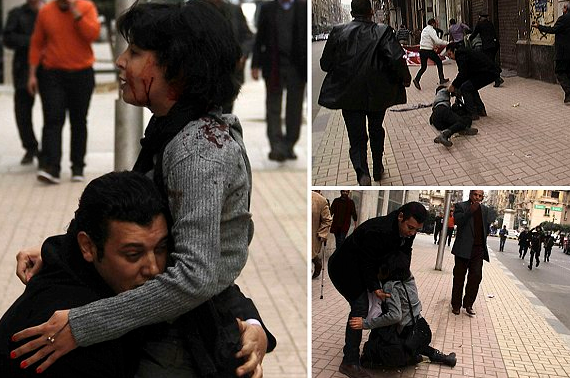 A female demonstrator (pictured) was killed in clashes with Egyptian police during a protest in central Cairo today January 24th on the eve of the anniversary of the 2011 uprising against Hosni Mubarak. A health ministry spokesman said Shaima al-Sabbagh died of birdshot wounds, which fellow protesters said were fired by police to disperse the march. Prime Minister Ibrahim Mahlab said al-Sabbagh’s death was being investigated and vowed that ‘whoever committed a mistake will be punished, whoever he may be.’ (UK Daily Mail)

BBNaija: Nengi Breaks The Internet With A Heartfelt Birthday Message To Ozo (Video)

BBNaija: Dorathy Schools Lucy On Being Tolerant And Not Feel Emotional And Attacked (Video)

Police arrest seven people including a 34-year-old woman in connection with the murder of BBNaija star, Khafi’s brother