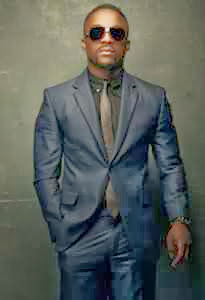 So, two nights ago, the much talked about corporate elite event went down successfully at the Eko hotel and suites.

Well, all the guests left fulfilled, they enjoyed all the performances from both the foreign and local artistes, however Iyanya Mbuk failed to deliver!

He did his best, but his best just wasn't good enough for the night; his performance was quite disappointing.

While rating the performances of the event on yesterday morning's Ultimate Show on Raypower FM, presenters Olaitan and Hollywood J had this to say about Iyanya:

"Iyanya's performance was really bad, he killed everyone's spirit….like seriously, everyone was disappointed with his performance, the dude really needs to do more work if he wants to remain relevant.

At some point, people almost booed him off the stage, he realized this too and tried changing songs but still the performance was a No no…he should be creative with his songs…." they said.

I’m Ready, If Any Man Wants to Marry Me ––Actess Collette Orji