Notice: Trying to get property 'child' of non-object in /home4/entredefined/public_html/wp-content/themes/jnews/class/ContentTag.php on line 45 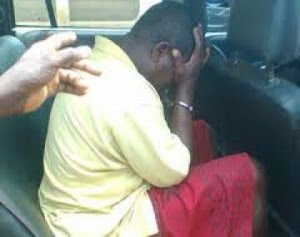 “What he did is just disgraceful and a person like him could not be allowed to be part of a religious institution because what he did goes against all that Christianity stands for. Some members were threatening to beat him up but they were restrained by the church elders.”

The Pastor of Faith Ministries, a church in the Matobo District of Matabeleland South, has been expelled after her impregnated six married women who were members of his church.

Pastor Derek Ngulube was shown the red card by the church’s elders last month bringing to an end his reign of sexual terror. Pastor Ngulube is reported to have impregnated the six within a period of one year.

His antics were brought to light after a visiting Pastor prophesied that there was an elder within the church who is in the habit of bedding married women. After a ‘witch hunt’, it was established that Pastor Ngulube was the elder who had been fingered in the prophecy.

It is reported that Pastor Ngulube also revealed that all the women he had bedded fell pregnant. On hearing the news, the church’s elders were left with no choice but to expel him.

The source said that the husbands of the women that Ngulube claimed to have impregnated were summoned by the church’s elders and had the shameful news broken to them.

Contacted for comment, Pastor Ngulube said he was sorry. “I feel bad and I want to say I am very sorry for what I did. If I could be given another chance I wouldn’t repeat the mistake. I also welcome the punishment that the church leaders gave me.”