Primary School girl hacked to death in Kano, another escapes 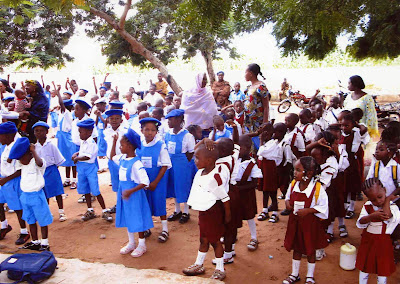 A female pupil of the Fagge Special Primary School, Kano, has been hacked to death by unidentified assailants and dumped in the school pit toilet.
It was gathered that the remains of the pupil, who had yet to be identified, was discovered at about 1pm on Wednesday.

Sources at the school told PUNCH Metro that the assailants had scaled the school fence to commit the “atrocity”.
It was gathered that the two pupils were abducted during school activities, hacked and dumped in a pit toilet in the school. The female pupil died, while the male pupil reportedly survived the attack.

The night guard at the school said, “About 1 pm, some hoodlums jumped over the school fence and abducted two pupils ─ a male and a female ─ who were dragged into the toilet and subsequently stabbed in the head. The female pupil died, but the male pupil survived the attack.”

The Police Public Relations Officer, ASP Musa Majiya, confirmed the incident.
He said immediately the police were alerted to the incident by the school authorities, they responded promptly.

He said, “On arrival, the police team met the victims in a pool of blood. The policemen rushed them to a hospital, where the female pupil was confirmed dead. The male pupil is receiving treatment.”

Majia said that incident is under investigation and the motive for the killing is unknown.
Punch
To Receive Latest Music, Video & News Updates , Add Us To Your WhatsApp: 08035927807; BBM Pin: D1C43241