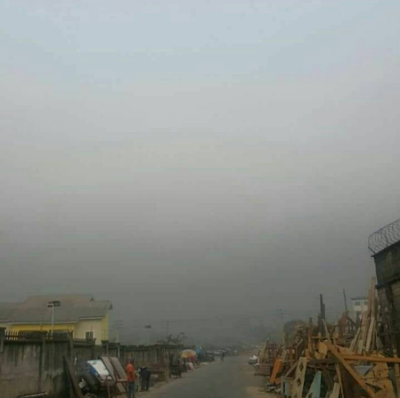 Residents of Rivers state, Port Harcourt precisely, are lamenting the pollution of their air by black soot and have revealed the fears they have concerning their health.

The extent of the pollution is such that the soot can be visibly seen on the skin and clothes. Most people have to move about with a mask and a few have reported coughing out black phlegm while the rest fear for the long term effect of this substance which is likely poisonous to the health.

A number of the residents took to Twitter to express their fears and they got a reply on Twitter from the Governor Wike Movement, promising that a Task Force has been set up to investigate and tackle the environmental challenge.

Below are tweets from concerned Port Harcourt residents 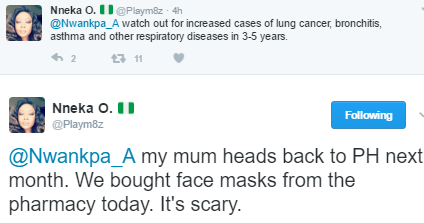 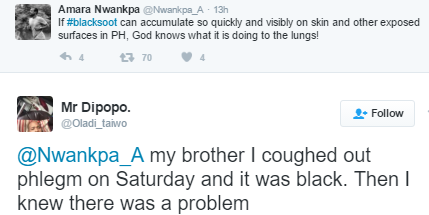 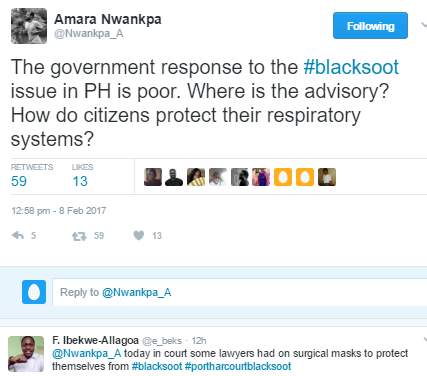 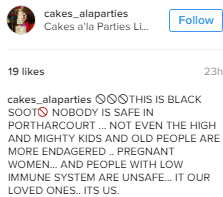 Woman attacks military teacher with machete for flogging her child