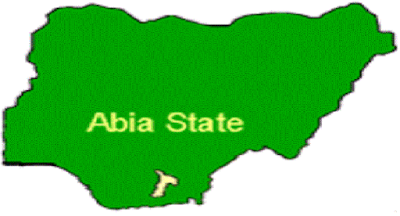 PA Jeremiah Adindu, the nonagenarian father of the immediate past Chief Press Secretary to Governor Okezie Ikpeazu, Godwin Adindu was among those rescued from the hands of kidnappers by the Abia State Police command.

The police also apprehended the mastermind of his kidnap, one Charles Uzodinma.

Pa Adindu was said to have been abducted from his home in Obingwa Council area of the state last weekend. Parading the suspects who abducted the nonagenarian, a retired civil servant, Abia state Commissioner of Police, Mr. Leye Oyebade disclosed that policemen from Ohuru Isimiri Division in collaboration with youths of Mgboko Umariogu, in Obingwa council, vigilante and hunters rescued Pa Adindu within the boundary between Obingwa and Osokwa in Osisioma council area last Tuesday.

The former Chief Press Secretary, Godwin Adindu said he was in Lagos when the news of his father’s kidnap was broken to him, prompting him to quickly make contacts and the police, youths of his area and the vigilante swung into action and rescued him.

He expressed gratitude to God that his father despite his age was strong and able to withstand the all the threats of the hoodlums. Adindu also thanked the Nigerian police as well as all those whose efforts ensured that his father, who he believes is about the oldest man in his area was rescued.