A cleric, Pastor Timothy Adigun, of the Redeemed Christian Church of God, Shere Koro, Bwari Area Council, Federal Capital Territory has been arrested for allegedly assisting a couple, Mr. and Mrs. Olaoye, bury a boy that died in their home. 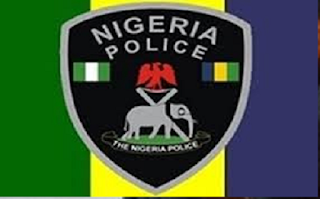 The couple had reportedly fled with the body of Ayomide Samuel, who died at their residence in the Zone B area of the community on December 25 last year.

The primary four pupil gave up the ghost after he was allegedly hit on the head with an object by the housewife on Christmas Day.

The police had embarked on a manhunt for the couple for fleeing with Samuel’s corpse after they
were directed to report the incident at the Bwari Divisional Police Station.

A source who was familiar with the investigation told Northern City News on Friday that Adigun was arrested by the police for assisting the wanted couple to bury the deceased in an unmarked grave in Shere Koro at night.

It was gathered that the couple had earlier taken the corpse of the boy to a clinic, but the workers reportedly asked them to bring a police report before they would admit the body.
The source said,

“The workers at the clinic refused to admit the body when they saw blood all over the vehicle.

Mr. Olaoye then approached the Chief of Shere Koro community to purchase a piece of land for the burial of the boy, but the chief refused, so he contacted Pastor Adigun, one Kayode and two police officers who are members of the church to assist with the burial.”

But following rigorous investigation by the police, all the people that participated in the internment of the deceased were identified, leading to the arrest and detention of the cleric for allegedly leading the burial team.

The FCT Police Public Relations Officer, Manzah Anjuguri, confirmed that investigators had arrested Adigun for involvement in the illegal burial of Samuel.

He added that efforts were ongoing to apprehend the Olaoyes, who,  he said, were the prime suspects in the homicide case.

“We have a suspect in custody in respect of the case; he assisted the couple to bury the deceased. The police are on the trail of the prime suspects, we are working hard to get them,” Anjuguri said.

Bizzare! Mom stabs her 3-year-old son to death ‘in order to save the world’

Bizzare! Mom stabs her 3-year-old son to death 'in order to save the world'