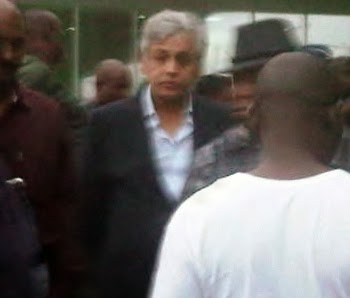 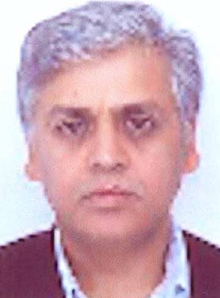 Statement sent out to the press. Read below…

Plans are underway for the extradition of a British citizen, Deepak Khilnani back to Nigeria for prosecution on financial crimes against a Nigerian Company in which he is a director. Mr Khilnani, who is a chartered accountant and an ex-convict of the British Crown Court at Blackfriars, United Kingdom (UK) is wanted in Nigeria in connection with US$8, 776, 862 fraud charge. The Crown Court conviction certificate dated 13th November 1998, which is in possession of the publisher reads: continue…

“DEEPAK KHILNANI was upon his own confession convicted upon indictment of TRADING WITH INTENT TO DEFRAUD CREDITORS, FALSE ACCOUNTING AND MAKING FALSE STATEMENT TO AUDITOR”.

Mr Khilnani, who is of Indian descent was then sentenced to 18 months imprisonment by the British court in 1998 and was also disqualified under section 2 of the UK Company Directors Disqualification Act 1986 and ordered to pay GBP15, 000.00 prosecution costs. Investigation revealed that about nine years after his conviction in the UK, Mr Khilnani alongside Sushil Chandra, allegedly scammed some Nigerian businesses.

Trouble started in 2013 after the local partners petitioned the Inspector General of Police (IGP) accusing the duo of financial crimes. According to the petition, the complainants had in 2008 opened Letter of Credit in favour of Khilnani’s firm, Gentec Energy Plc. UK, for the purchase of equipment for the local partnership. The petition led to Mr Khilnani’s arrest and interrogation by the police, but he was immediately granted bail with his lawyer, Chris Okunowo, standing as his surety, while investigation into the alleged crime lasted for about a year.

Upon completion of investigation, a six count criminal charge was subsequently filed by the police under sections 323(1), 285(8), 321(1) and 312 of the Criminal Laws of Lagos, 2011. But on 4th July 2014, the day Mr Khilnani was to be produced before a Senior Magistrate at the Igbosere Magistrates’ Court, the police prosecutor, Inspector Stephen Molo, informed the Presiding Magistrate that Mr Khilnani reportedly jumped administrative bail granted by the police and fled to the UK.

Efforts to bring Mr Khilnani to face his trial have been unsuccessful, however, the Lagos State Attorney General and Commissioner for Justice took over the case from the police and directed the Director of Public Prosecutions (DPP) to have further conduct of the proceedings. Investigations by the publisher revealed that in a letter addressed to the Assistant Inspector-General of Police, Zone 2 Command Headquarters, Onikan, Lagos, the DPP wrote that:

“After a careful consideration of the facts contained in the duplicate case file, this Office is of the opinion that the available facts establish a prima facie case of Conspiracy to Commit a Felony, Cheating, Stealing and Making False Statements contrary to Sectionns 422, 421, 390 (7) and 436(a) respectively of the Criminal Code Law, cap. C. 17, Vol. 2, laws of Lagos State, 2003 against the Suspects; Deepak Khilnani and Suchil Chandra.” The publisher also learnt from investigation conducted at the High Court of Lagos State that in mid-May 2015, the Lagos Attorney General filed criminal charges against the Mr Khilnani at the Ikeja Judicial Division of the High Court of Lagos State in Charge No./ID/1544/15 – The State of Lagos v. Deepak Khilnani & Sushil Chandra. However, with the foreigners now outside Nigeria, we hope that the law enforcement agencies and institutions in Nigeria, including the Interpol will collaborate with their counterparts abroad to have the British national and his co-defendant extradited to Nigeria to face prosecution.

Recently, four Nigerians were executed in Indonesia for drug trafficking. The Federal Government of Nigeria under the leadership of President Jonathan only condemn the act – nothing more! There are several Nigerians languishing in jails around the world and particularly in the UK; and very recently , on Monday, 4th May 2015, Justice E. S Chukwu of the Federal High Court sitting in Maitama, Abuja, ordered the extradition of Emmanuel Okoyomon, a former managing director of the Nigerian Security Printing and Minting Company [NSPM] to the UK to face charges of corruption and money laundering.

The collaboration between Nigeria and the UK in fighting crime and management of offenders is pivotal. Earlier in May 2015, the UK repatriated three Nigerians in UK prisons under the prisoners exchange agreement signed by the two countries.

There are indications that more prisoners will be transferred under this agreement. Therefore, in view of the collaboration and bilateral extradition policy between the two countries, we hope that proper standards will be applied by the authorities in Nigeria and UK in the extradition and prosecution of Mr Khilnani and his co-defendant for economic crimes committed in this country against our own people.

Wizkid’s baby mama reveals she got disvirgined by him + how She Got Pregnant, the Shame and Now the Glory