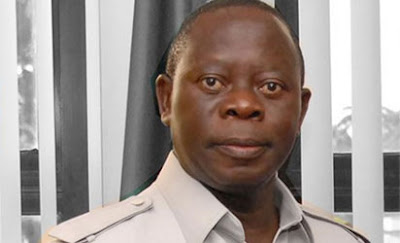 The Edo State caucus of the All Progressives Congress, APC has picked the immediate past governor of Edo state, Comrade Adams Oshiomhole as the leader of the party in Edo state.

The decision was reached at the inaugural caucus meeting of the party since the coming of Governor Godwin Obaseki, at Government House Monday evening.

Oshiomhole who addressed the leaders after the unanimous endorsement, expressed appreciation over the endorsement declaring that the performance of governor Obaseki so far in the state is an indication that the leadership of the party did not make any mistake in backing him

#EndSars: Those Behind Lekki Shooting Will Account For Their Action – Sanwo-Olu

#EndSars: Those Behind Lekki Shooting Will Account For Their Action – Sanwo-Olu