Open Letter to MTN [Must Read] 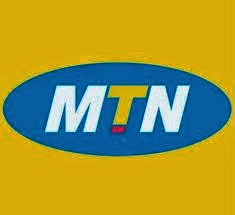 Ever since i found this open letter online, i haven't stopped laughing. Its full of facts even though its told in a funny way…Read below…

"I write this letter with so much pain.
On January 1st 2012, GEJ Government took Nigerians by surprise on New year's day with their fuel subsidy wahala.

Little did we know you guys were jealous of the attention we gave them.
January 1st 2013, we all celebrated the new year expecting another surprise from our president before the end of the day but alas, nothing happened.

January 4th 2014, I offered a recharge card vendor a 200 naira note in exchange for 200 naira worth of MTN airtime but she returned the money to me saying I'll need to balance her extra N20 naira.

I walked up to another vendor and met same fate. On further investigations, I found out that you, MTN had topped an extra 10 naira to your 100, 200 and 400 airtime packages.

Literally, the cost of fuckery (pardon my bad language) has increased by ten naira. We have been told by MTN that the cost of those tools they have been using in torturing has risen and
as such, we should pay an extra ten naira to make up for this.

I am tempted to ask, why the sudden price increment? To rid off some customers? To offer us good service?
Or is MTN broke? Oh broke? my bad!

Are they not the ones that gave out an invisible aeroplane to an eighteen year old female subscriber a year ago thereby converting her from a student to a pilot?

What of the N100 that was deducted from my sim and that of other innocent subscribers after MTN informed me via sms that Nigeria's flag is green, white, green?

Are they not the ones that offered us N400 airtime (though their terrible network didn't let us utilise the airtime till they took it back from us two days after) free of Charge because we updated our SIM regstration details?
Oh God, I could go on and on.

Of course I have every right to rant. Didn't I mention some weeks back I am in a serious relationship with MTN.

Don't even tell me about abusive relationships. I have had my fair share with MTN.

I subscribed for a data plan last week and MTN had the guts to bind and destroy my network till my data expired.

Last year, I was walked out of an exam hall by the supervisor because my phone rang! One missed call from 180!
The painful part of everything is, its difficult to leave them! Those yellow guys have hypnotised me.

I can't count the number of times I've gone to a mobile shop to get another line but walked out after thirty minutes with another MTN sim.

I have it all. The 0803, the 0806 and the 0813 numbers. Three phones, three MTN lines, silently praying, hoping, and wishing one day everything's gonna be alright.

Oh! Didn't I say that in 2007?
Its been eight long years of endurance, patience and tolerance.

MTN were the first to send me a New Year SMS but not without taking my ten naira with them. I paid for spam!

MTN had me googling if I mistakenly killed the Late Nelson Mandela.( My number had not rested because I have refused to subscribe for Mandela's callertunez) I wake up every morning with a goodmorning sms from MTN N informing me of my chance to win N1m before the day is over.

I go to bed every night but not without my goodnight sms from MTN N informing me I may not have been lucky today but tomorrow is another day.

The days I expect a credit alert on my phone are the days the oga behind the 4100 sms falls in love with my number.
I receive an sms on a weekly basis informing me of the current cost of dettol.

WTF!!! Even dettol no longer cares! Why should I? I engage in frivolous conversations and the next thing I get is an sms from MTN telling me to
subscribe to 33114 to receive tips on how to get a job.

I think of marriage and the next thing is an sms telling me to subscribe..