These guys have watched their colleagues get horribly gored to death by these bulls. How do they keep going back to these beasts??

This is the shocking moment when a one-eyed matador was gored by the horn of a bull and stamped on by the huge beast in Spain. 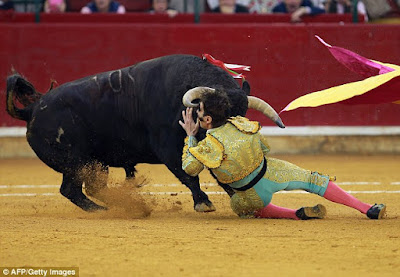 Juan Jose Padilla, branded ‘The Pirate’ because of the eyepatch he wears, lost an eye five years ago, and was lucky to escape serious injury in May when he was picked up and flung by a bull in Madrid.

Today, he had another horrifying clash  at the La Misericordia bullring in Zaragoza when he was gored and stamped on by a 100-stone (635kg) bull.

The 43-year-old luckily survived. He was rushed to hospital after taking a blow close to his eyepatch,
in similar circumstances to the mauling which saw him lose his left eye 5 years ago. 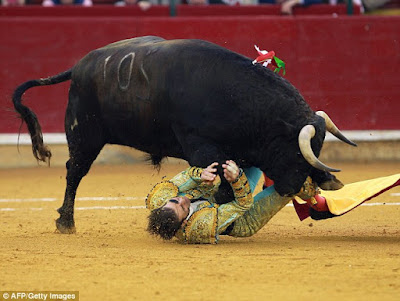 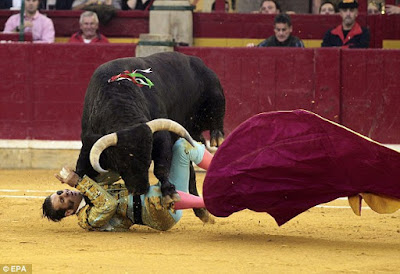 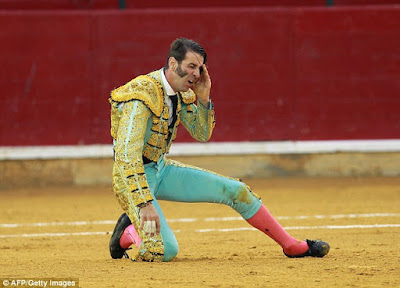 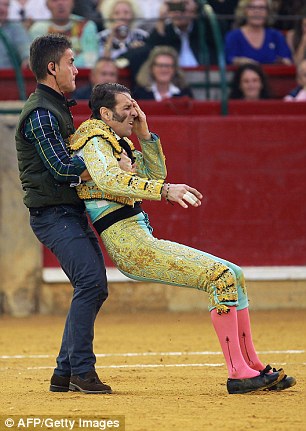 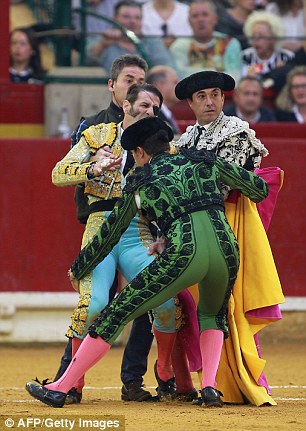 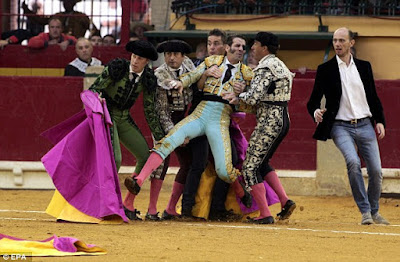 Padilla, who was known as the Cyclone of Jerez before he lost his eye, was injured in 2011 when a bull’s horn pierced his jaw and came out through his eye.

He underwent a life-saving five-hour operation to repair severe damage to his eye, bone, muscle and skin – his face reconstructed with titanium plates and mesh.

Ten years earlier he had suffered serious back injuries, but returned to the bullring, gaining a reputation for taking on the most fearsome bulls. More photos from his accident today: