‘No justice, no peace!’ – Massive protest over shooting of Jacob Blake by US Police

Neighbors confronted law enforcement at the scene of a police shooting in Kenosha, Wisconsin, on Sunday that drew a harsh rebuke from the governor and prompted crowds to march in the streets after a video posted on social media appeared to show officers shoot at a man’s back seven times as he leaned into a vehicle.

Kenosha police said one person was seriously injured in a shooting and airlifted to a Milwaukee hospital. They didn’t provide details about what led to the shooting.

In the video posted on social media that appeared to show the shooting from across a street, three officers could be seen shouting and pointing their weapons at the man, who appeared to be Black, as he walked around the front of an SUV parked on the street. As the man opened the driver’s side door and leaned inside, one officer grabbed his shirt from behind and then fired into the vehicle. Seven shots could be heard on the video, though it was unclear if more than one officer fired. 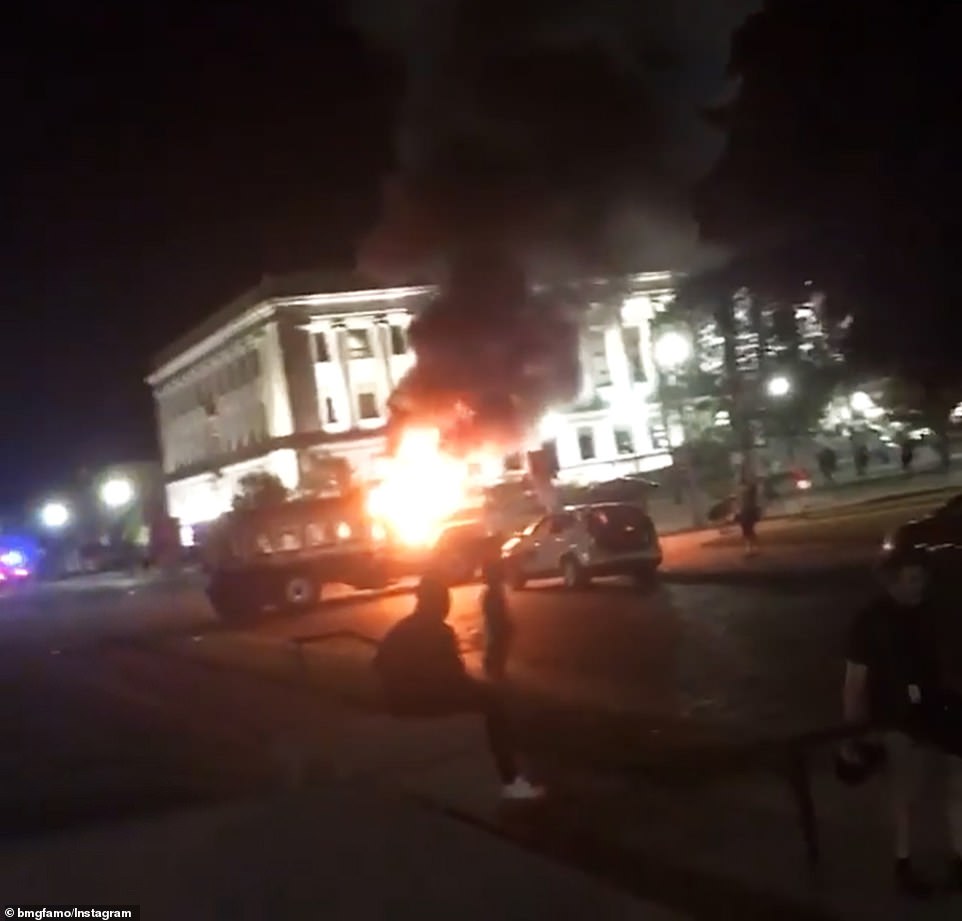 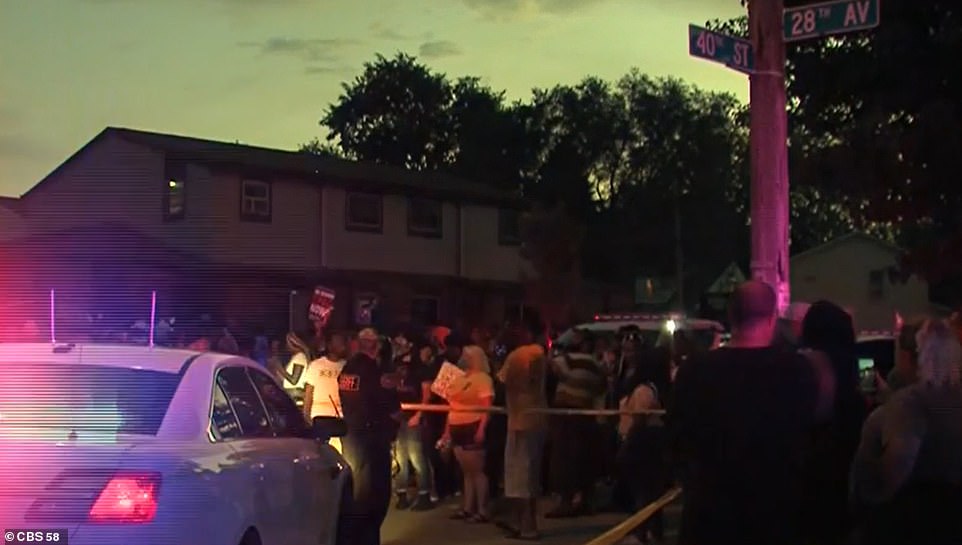 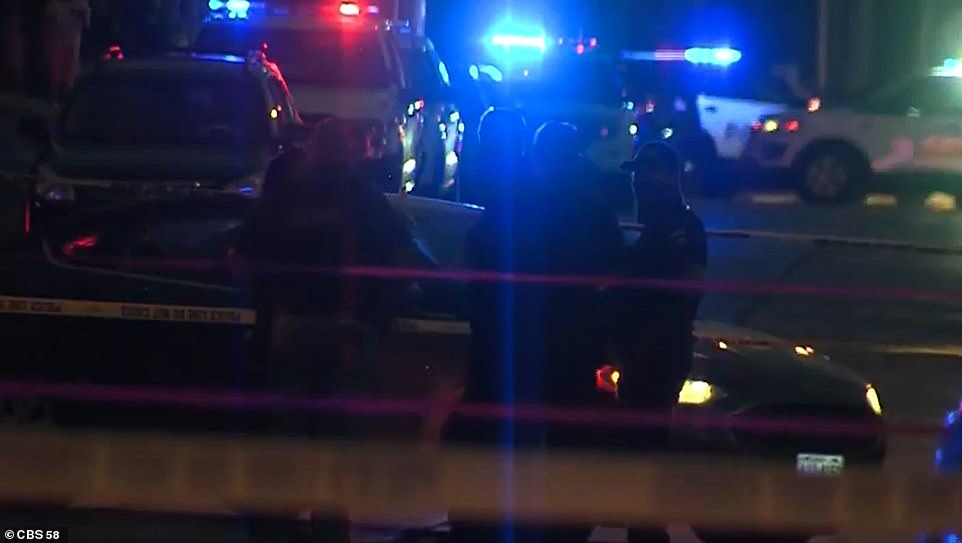 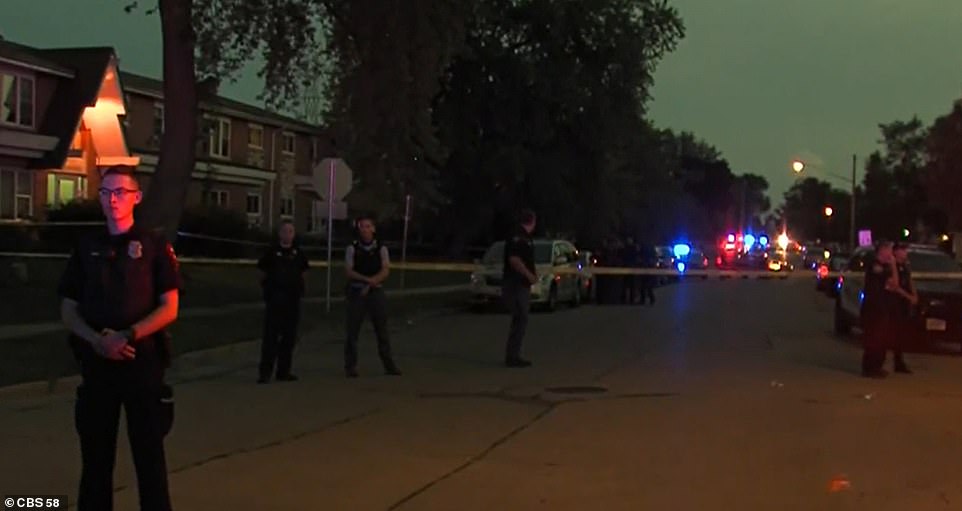 Several officers stand guard at the crime scene in Kenosha, Wisconsin, on Sunday 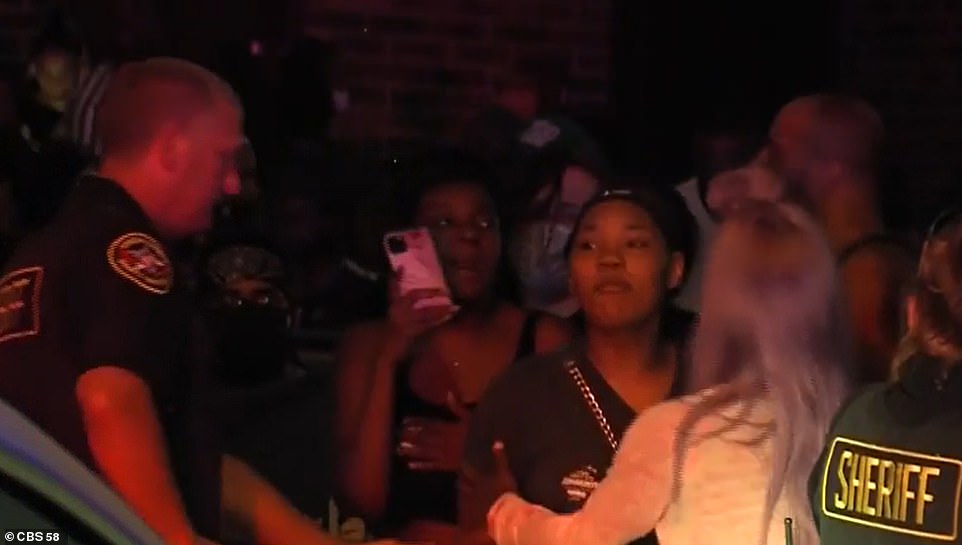 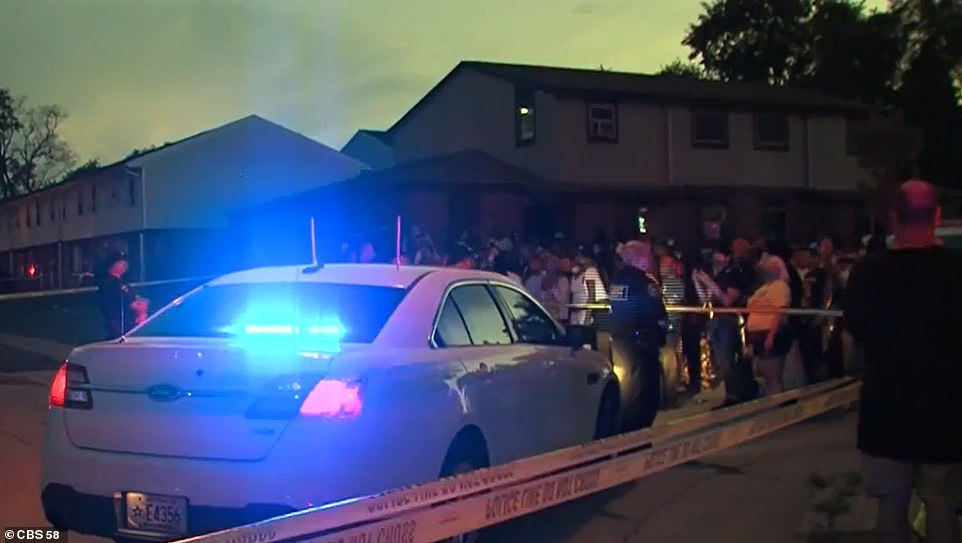 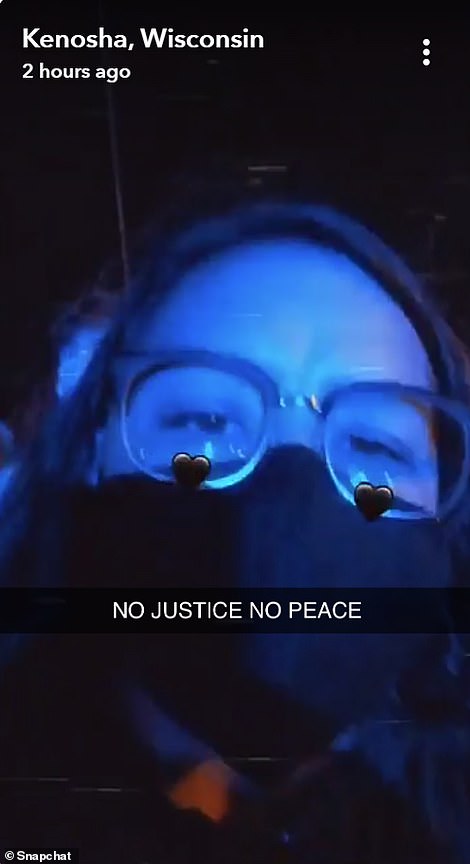 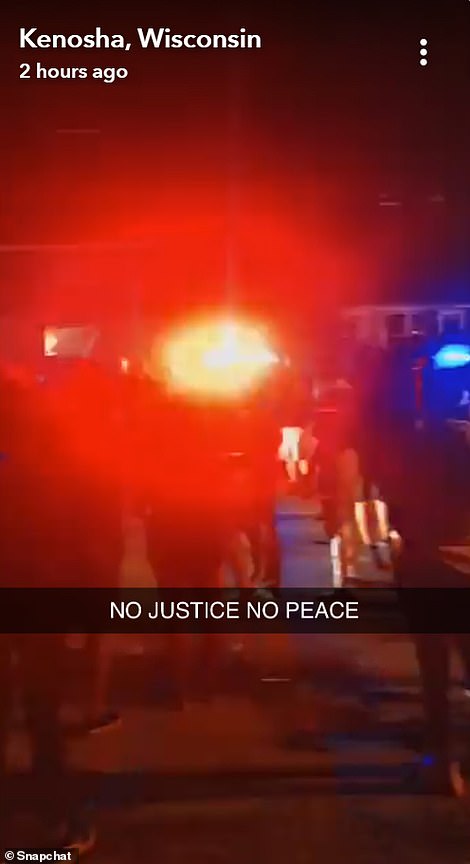 Protesters posted images from the scene in Kenosha. Many were heard chanting: ‘No justice, no peace’

One video circulating on social media shows a Kenosha police officer collapse to the pavement after witnesses said he was struck with a brick.

Another video shows a row of protesters walking toward a line of police officers clad in riot gear as simmering tensions threaten to escalate the situation.

A dump truck that was parked at an intersection to prevent traffic from moving toward the police department was set on fire.

Several curious onlookers got close to the burning truck and started taking pictures, but others warned them that the fire could lead to an explosion and warned them to back away.

At 11:05pm, police formed a cordon around the front doors of the police station and then fired tear gas canisters in an effort to disperse a large crowd that had gathered there.

‘No justice, no peace!’ the crowd was heard chanting.

A man could be seen breaking the window of a patrol car parked along the street.

Some police officers were positioned on the roof of the station as people continued toward the building.

Outside the station, protesters faced off with officers who were dressed in riot gear that included plastic facemasks and held plastic shields and batons that they occasionally used to push people back.

A truck that was parked outside the courthouse in Kenosha was also set on fire.

Kenosha Police referred all questions to the Wisconsin Department of Justice, which did not immediately respond to messages seeking to confirm details of the video.

The Kenosha Sheriff´s Department and Wisconsin State Patrol were requested at the scene so another law enforcement agency could take over, police said in the news release.

The city of Kenosha is located on Lake Michigan, about 40 miles south of Milwaukee.

A Kenosha Police Department dispatcher referred calls by The Associated Press to the Wisconsin Department of Justice, the agency that will be investigating the shooting.

A message left with DOJ was not immediately returned.

‘Tonight, Jacob Blake was shot in the back multiple times, in broad daylight, in Kenosha, Wisconsin,’ the statement read.

‘Kathy and I join his family, friends, and neighbors in hoping earnestly that he will not succumb to his injuries.

Video: Shop owners in tears, as they inspect damages done to their stores in Surulere shopping mall

Video: Shop owners in tears, as they inspect damages done to their stores in Surulere shopping mall