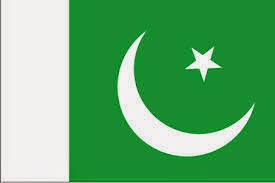 While many children his age are still learning how to crawl, a nine-month-old boy in Pakistan has been accused of attempted murder in a case observers say highlights endemic flaws in the country’s legal system.
Baby Mohammad Musa along with his father and other family members was booked for throwing rocks at gas company officials in the working-class Ahata Thanedaran neighbourhood on February 1, the family’s lawyer Chaudhry Irfan Sadiq told AFP Friday.

Inspector Kashif Muhammad, who attended the alleged crime scene and has since been suspended, wrote in his report that it was a case of attempted murder.