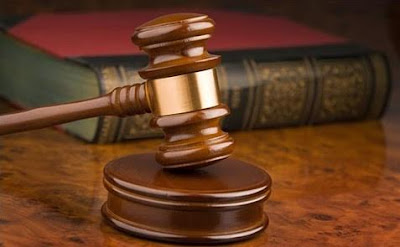 Trader, Rosemary Adejesu, 38, and her daughter, Onyinyechi, 18, have been arraigned at an Ikeja Magistrates’ Court in Lagos for allegedly assaulting their landlady. The mother – daughter duo residing in Ogba are being tried for conspiracy, breach of peace and assault, after attacking their Landlady Mrs Christiana Ogundare for questioning their activities.

According to Vanguard, the Prosecutor, Insp. George Nwosu, informed the court that the accused committed the offences on Aug. 24 at their residence. They had converted their apartment to a worship centre without the landlady’s consent and disturbed other tenants by conducting service on Friday nights and Sundays. When other tenants reported the case to the landlady who does not live in the house, she came over and warned the accused to stop using her rooms for such activities. This did deter them and they continued. Left with no other choice, the Landlady invited the police to intervene. However, after the officers left, Rosemary and her daughter reportedly descended on the complainant

The accused pleaded not guilty. The Magistrate, Mr A.A, Adesanya, granted each of them bail in the sum of N50, 000 with two sureties each in like sum and adjourned the case to Sept. 19 for mention.

Sad! Container falls on multiple vehicles in Tin Can, Lagos