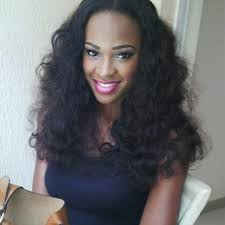 “These children are not prepared for the tedious demands of Marriage and family life. This kind of law will keep relegating the girl child to the background and will also reduce her chances of being educated in order to liberate herself,” she said.

Following the approval of Child Marriage by Nigeria’s Senate at the ongoing Constitution amendment in the National Assembly, Miss Nigeria 2013, Akudo Ezinne Anyaoha, has added her voice to the campaign against Child marriage in Nigeria.
The Law Graduate of Abia State University, who has cancelled all her engagements in Lagos to seek audience with the leadership of the House of Representatives to present the petition personally, described child marriage as a violation of human rights adding that the girl child should be allowed to live out her childhood instead of subjecting her to sexual and physical abuse.
“Child marriage perpetuates poverty and leads to poor health as children will not only be withdrawn from their peers, but they will have psychological trauma and physical challenges such as Vesico Vaginal Fistula” she said.

The young damsel who in the next few weeks will launch her pet project is determined to use her office to fight sexual violence stating that this act is not only harmful to the girl child but also to the family, community and the nation as a whole because it stifles development.

She enjoins Nigerians to come together in one voice to fight this act.

“I want to also use this medium to urge the House of Representatives to follow the path of honour by rejecting this particular clause during their Clause – to – Clause consideration of the amended part of the constitution” she concluded.

It will be recalled that on the 16th of July 2013, the Senate resolved to alter section 29(a) of the constitution which stipulates that a woman shall not be qualified for marriage until she attains 18 years. The Senate deleted the age specification for women from the draft constitution and left the marriage age open which implies that children can marry.

US places Atiku, family under close watch over alleged fraud

BBNaija: “I made a mistake with Vee” – Neo tells Dorathy