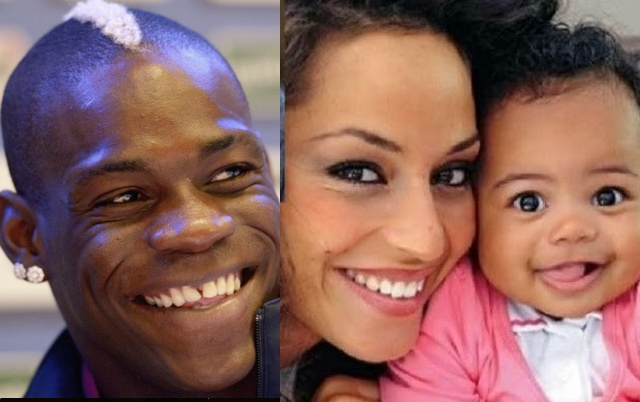 23 year old Mario Balotelli is currently in an Italian court where he is fighting a custody battle over his daughter he earlier denied.Last year,his ex-girlfriend Raffaella Fico who was pregnant while they were dating was shocked when he publicly rejected the baby named Pia .He said he would only agree after they go for a DNA test .She even posted photos for people to see the similarities and he still said No.He finally acknowledged the baby who is eighteen months old in February this year after DNA tests proved his paternity.He was allowed to hold her for the first time only a month ago in the court house ,after the judge granted special permission.Balotelli told La Gazzetta dello Sport earlier this year.

‘I cannot turn up if I am not certain of being her father, because children mustn’t be disappointed by adults who then disappe