A Wisconsin man delivered on a handshake deal made with a buddy almost thirty years ago and split the earnings from a $22 million Powerball jackpot.

Thomas Cook said he made a call to his lifelong friend Tom Feeney last month to let him know that he had won the June 10 Powerball, and that he was going to give him half as they had agreed to in 1992 when the game started.

‘I said, ‘”re you jerking my bobber?”‘ recalled Feeney in a video interview about the call when the winnings were announced Thursday.

Cook and Feeney went with their wives to the Wisconsin Lottery in Madison to collect their winnings.

After years of buying lottery tickets, Cook, of Elk Mound, purchased the Powerball winner at the Synergy Coop Exit 45 gas station and convenience store in Menomonie.

He said he later realized he had the winning ticket in his hands while having breakfast with his wife. 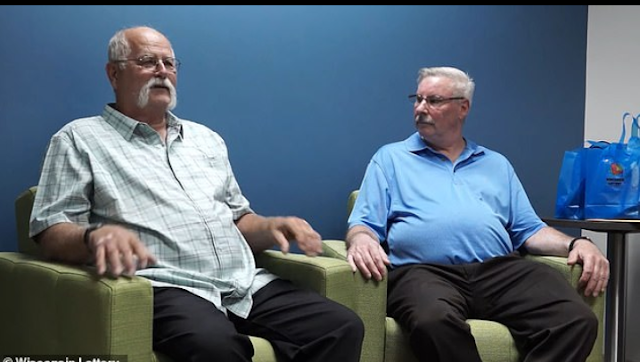 ‘It was quite an experience when I read those first two or three numbers,’ Cook said.

‘I kind of froze and handed them to her and she froze,’ he said, pointing to his wife who was off camera. 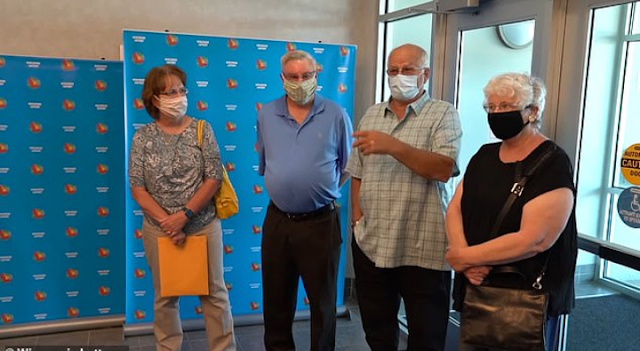 Cook, who gave two weeks notice to his job after winning the jackpot, insisted he was going to honor the deal with his friend.

‘A handshake’s a handshake,’ he said.

Feeney, who is from Menomonie, was already was retired from working at an area fire department when he and Cook came into their good fortunes. 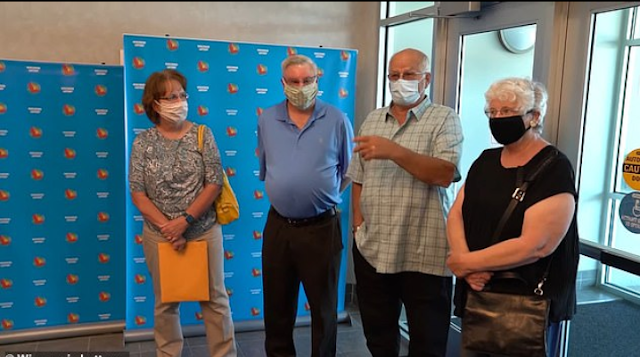 Neither have elaborate plans for the money, but they want to spend more time with their families.

‘We can pursue what we feel comfortable with,’ Cook said. ‘I can’t think of a better way to retire.’

FBI open investigations after US military helicopter is shot at by unknown person, injuring pilot on board

FBI open investigations after US military helicopter is shot at by unknown person, injuring pilot on board

BBNaija: Lucy apologizes to Nengi for their Sunday fight (video)

BBNaija: Who Is Laycon? Erica’s Mother Rains Insults On Lycon, See Why – Video