Love in the air! Wizkid may have found new love and his fans cant keep calm | SEE

Is Wizkid in a new relationship? Are we expecting a new Mummy yo!?

Yesterday, the 26-year-old Starboy boss shared a photo of himself on Instagram, rocking his new blonde hairdo with the caption, “She loves taking pictures of me #Sextherapist” and fans went crazy with one question for Daddy Yo. 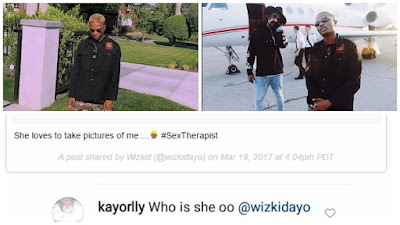 Who is She? Continue after the cut

We tried to visit the page again and it seems ‘Daddy Yo’ has deleted it after a lot of ‘Frank Edoho’s stormed his page.

Last year, the ‘Ojuelegba’ crooner was gossiped to have broken up with his American singer girlfriend, Justine Skye after she shared some emotional tweets on being heartbroken and moving on. “I don’t mind, you ain’t mine,” she wrote. Then added, “falling in love is embarrassing. You don’t know your own strength until you need to use them.”

Not too long after, Wizzy was spotted cozying up with Davido’s babymama Sophie at a club, further raising suspicions that the award-winning singer may have already moved on. But Wizkid has been raising a lot of eyebrows lately. Last year, ‘the father of two’ sparked dating rumours between himself and his London manager, Jada P after he shared an intimate photo of them on Instagram. 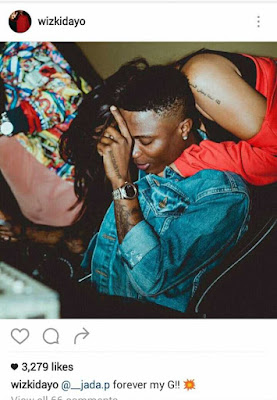 Now Wizkid, who was in an on-and-off relationship with model Tania Omotayo, appears to have a new love interest and we are eager to know who it is.

“He has the best lips ever”, Omotola gushes about her husband

Joy Akosa-Eghebi Takes Small Businesses in Nigeria To Next Level