LMAO! Cheating girlfriend busted after boyfriend spotted her boss’ suitcase in her photo

What was supposed to be some kinky long-distance sexting went haywire when one man realized his girlfriend was cheating on him right before his eyes. 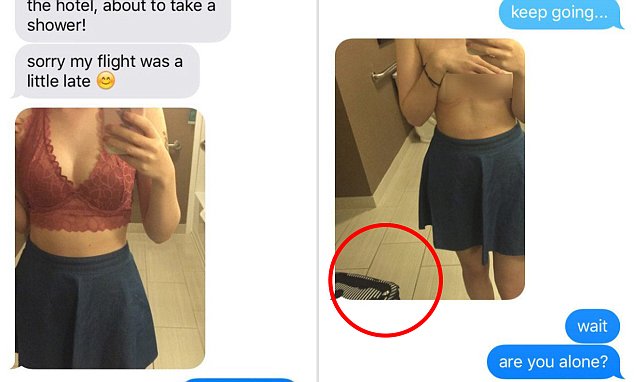 The unnamed man was texting his girlfriend Jackie, who was supposedly on a solo trip in Atlanta, when she began to strip. 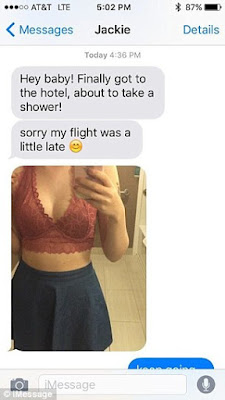 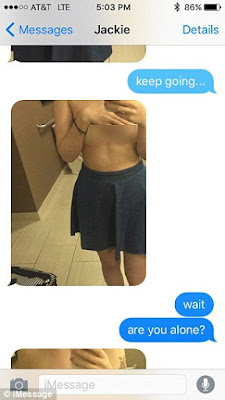 Jackie claims in the first message that her flight got in ‘a little late’ and tells her boyfriend she had just gotten to the hotel and was about to take a shower.

She then sends him a picture of her outfit, made up of a blue skirt and a revealing peach bralette.

But her near-nudity wasn’t enough to distract him, as he suddenly noticed something poking out of the picture’s left-hand corner. 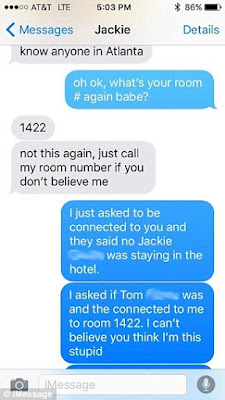 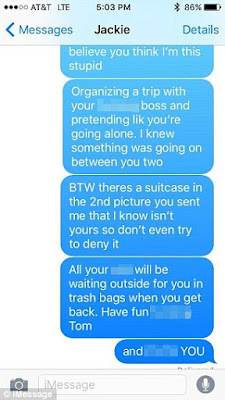 Igbo women are lazy, they only love to enjoy husband’s money – Noble Igwe