Terrifying legions of the undead were unleashed in central London yesterday to mark the World Zombie Day and raise money for charity. 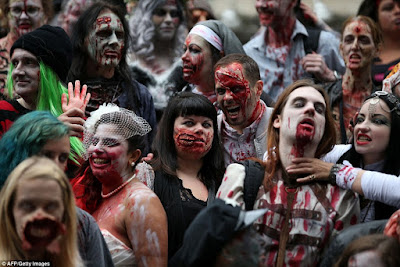 The World Zombie Day was first celebrated in 2006, more than 50 cities worldwide participated, including New York, Pittsburgh, Paris, Hong Kong, Los Angeles, Chicago, Dallas, Seattle, and Tokyo. Africa’s giant, Nigeria is expected to join the celebration next year. (jokes o. lol)
To avoid chaos, the zombies were told not to walk in the road, freak people out, touch anybody, bring fake weapons, bring no drugs, push their way into anyone’s business premise if they are not welcome, destroy any property nor litter.
See more photos after the cut. 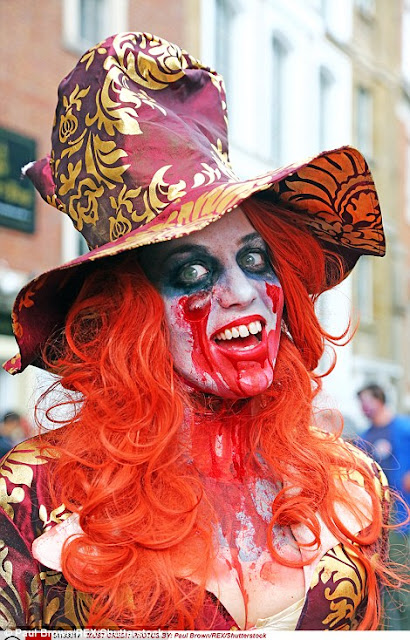 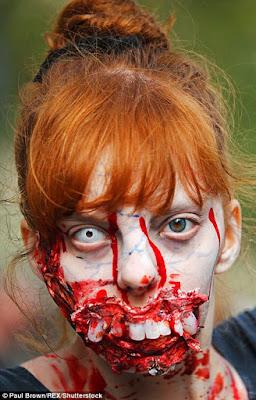 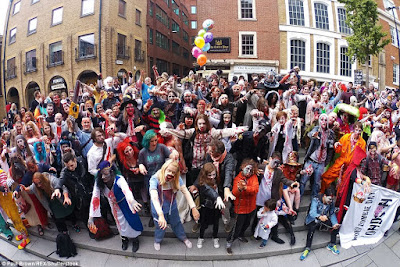 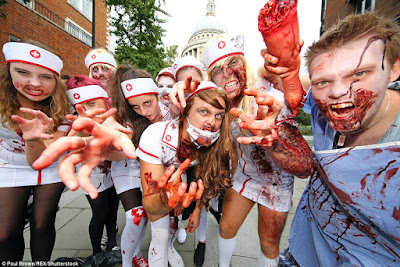 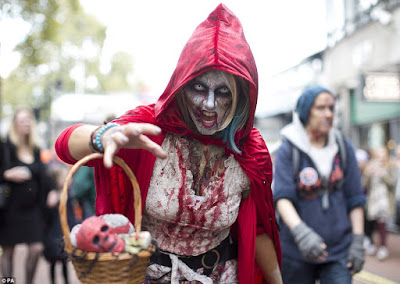 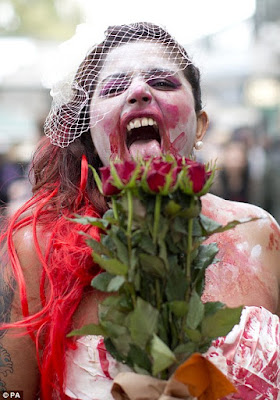 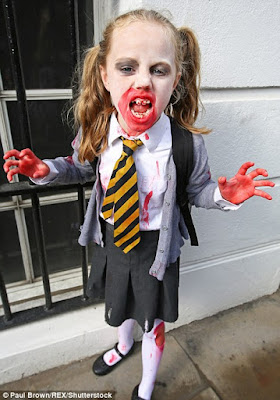 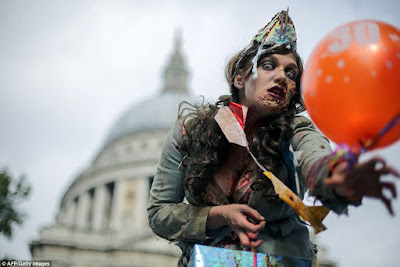 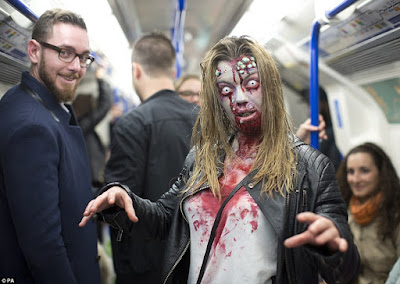 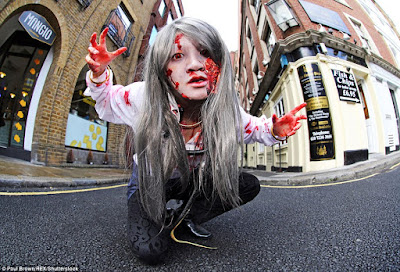 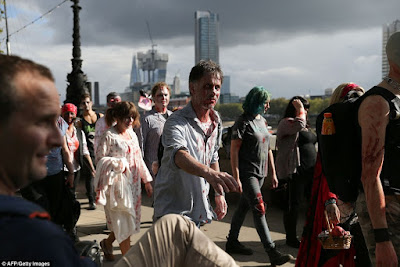 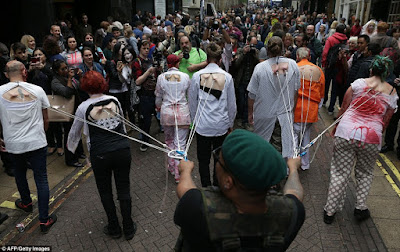 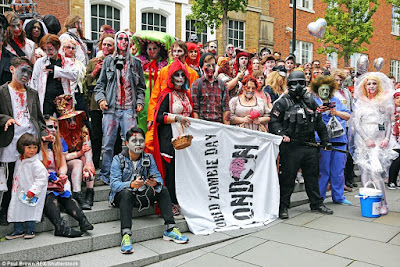 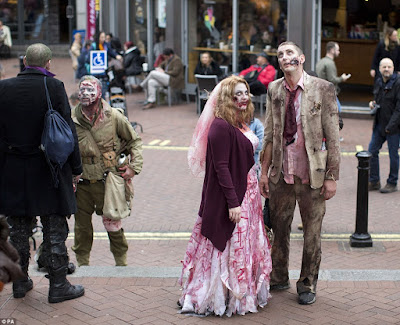 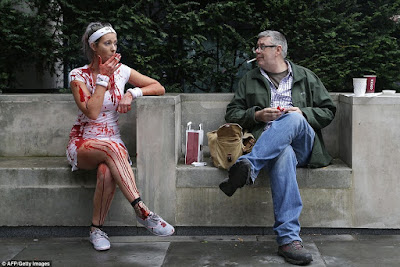 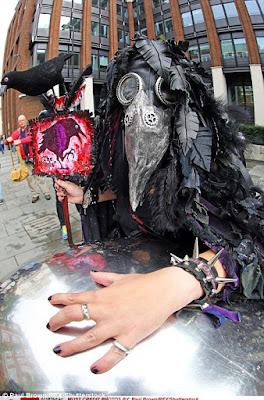 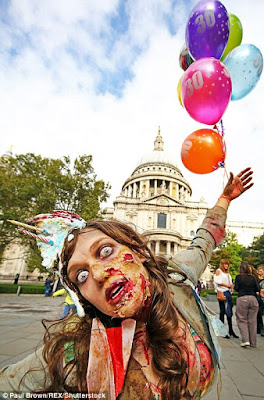 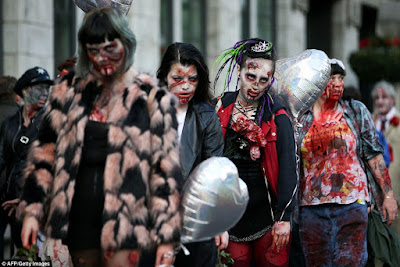 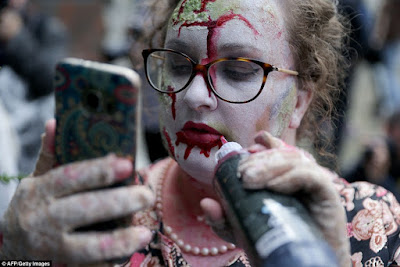 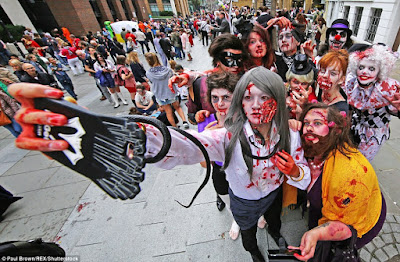