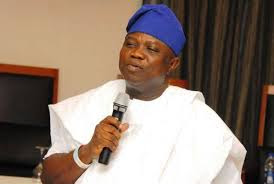 The Lagos State Government, through the Special Committee on the Clean-Up of Ikoyi, Victoria Island and Lekki will commence the second phase of the Clean-Up exercise which involves a clean-up of the inner streets of the designated areas in a fortnight time.

Government, SSG, Mr. Tunji Bello, said the committee would henceforth, focus on all the inner streets of Ikoyi, Victoria Island and Lekki.

“For all those who have been dislodged from the major streets but are finding their way back to the inner streets, this is a clear warning that the Task Force is coming after them.

The earlier they realize that there is no place for street traders, illegal shanties or abandoned properties in the area, the better for them.

“We are also going to embark on a mop up operation on all the areas that have already been cleared by the Task Force to ensure that in any instances where we have some of the dislodged traders or operators of shanties that have returned, they will not only be removed but prosecuted”, Bello stressed.

He also reiterated his warning to the authorities of Federal Marriage Registry in Ikoyi whose patrons always constitute a nuisance by indiscriminate parking on the road to find a solution to it or risk impounding of the contravened vehicles and prosecution of the owners
.
The SSG said an improvement on the second stage of the Clean- Up exercise would be the presence of Mobile Courts to try all offenders on all days of the operation.

He commended the various agencies involved in the Clean- Up exercise for the efforts made to ensure the level of success already recorded in the first stage of the exercise, urging them not to rest on their oars because the exercise is going to be a continuous one.

Bello reiterated the determination of the Ambode administration to restore the original master plan of Ikoyi , Victoria Island and Lekki by checking the activities of street traders, owners of shanties and roadside automobile repairers who have converted many dual carriage lanes to single lanes with indiscriminate parking and other forms of illegalities in the areas.