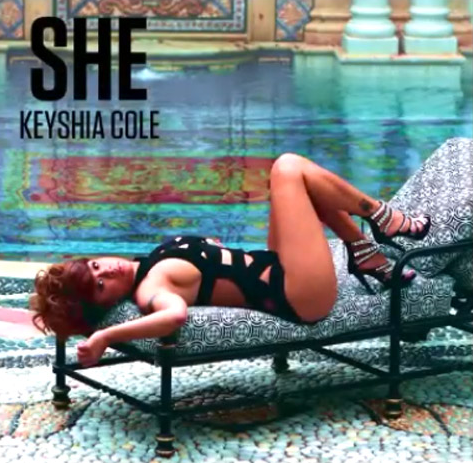 In March 2014, singer Keyshia Cole announced she had separated from her man of five years, NBA player Daniel Gibson. And now it seems she wants to play for the same team. She’s raised eyebrows with the latest single from her upcoming album ‘Point of No Return…’On the new single titled ‘She,’ Keyshia says she’s down for something different and then describes being intimate with a woman. Keyshia sings;

Hopefully she’s just flirting with the girl-girl theme like other singers and not really serious!

Oboabona back to training ahead of Nigeria, Argentina

#BBNaija: Ozo Apologizes To Nengi For Choosing Dorathy Ahead Of Her (Video)

One dies as gas explodes again in Lagos