Keep your rosaries off my ovaries! Thousands march against abortion ban in Ireland | PHOTOS

Thousands of protesters marched in Dublin today, alongside Irish expatriates in different parts of the world, to put pressure on the Irish government to hold a referendum to repeal restrictive abortion laws. 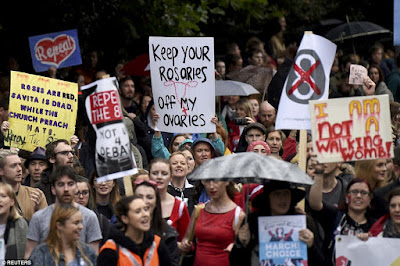 Abortion has been a divisive issue for decades in Ireland where abortion regulations in the once stridently Catholic Ireland are among the strictest in the world.  A complete ban was only lifted in 2013 when terminations were allowed if a mother’s life was in danger.

Demonstrators marched in the rain on government buildings from Dublin’s main thoroughfare of O’Connell Street, bringing traffic to a standstill by the River Liffey as they chanted, beat drums and
held placards saying ‘My Body, My Choice’.

‘It’s a woman’s right to choose and it is ridiculous to say that anybody else, the state or the church, has to right to tell that woman what happens to her body,’ said Sal Roche, a 42-year-old dance teacher at the march with her two-year-old son, Tommy. 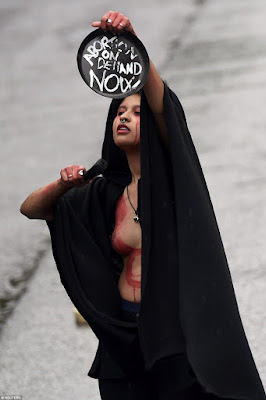 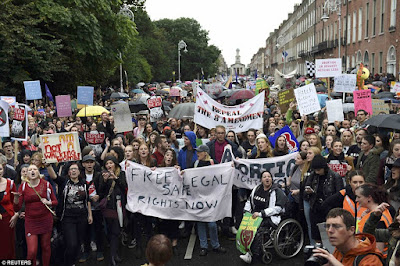 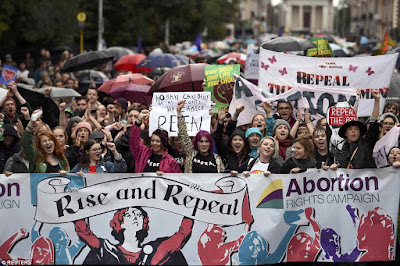 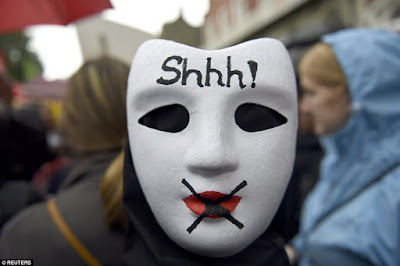 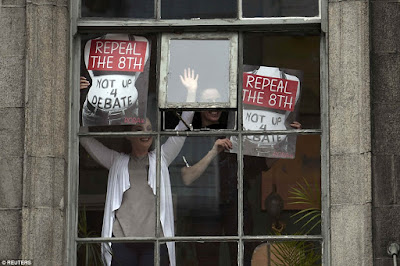 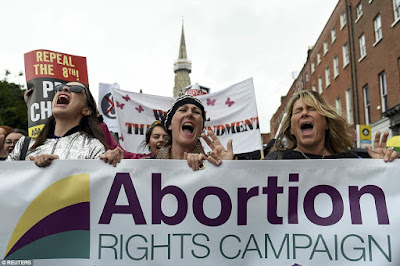 Photos: Model Weeps As She’s Jailed For Trying To Smuggle £1m Of Heroin Into Ireland