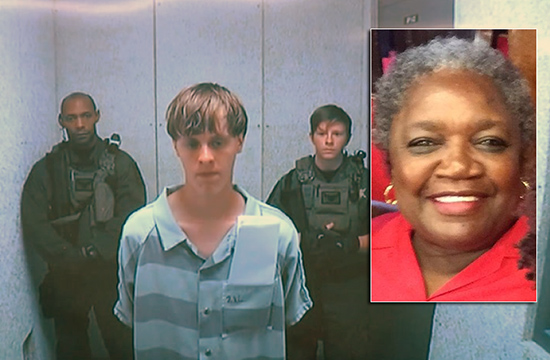 South Carolina church shooter Dylann Roof attended his bond hearing via video hookup from the jail behind the courthouse and a judge allowed distraught family members of his victims to speak to him.

“It’s important to hear from the victims and let them speak out,” said the Judge Gosnell. Some family members declined to speak but the daughter of Esther Lance (pictured inset), spoke