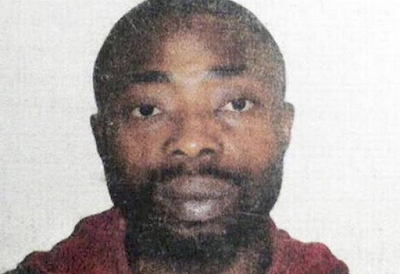 The anti-narcotics cell (ANC) of Mumbai police has re-arrested the Nigerian national, who escaped from police custody last week.

According to The Times of India, the ANC and the crime branch had launched a manhunt to trace drug convict John Okoro and he was arrested from the Navi Mumbai area, from where he was planning to flee to Mangalore by a private bus.

Okoro, who resided in Koparkhairene in Navi Mumbai, was arrested in 2014 in a drug case. The court convicted him for a three-year jail term. Okoro was sent to Nashik central prison after conviction.

Okoro was released from jail on December 31 and was to be deported to Nigeria. He was brought to the ANC’s Azad Maidan lock up and kept on the first floor. Okoro, on the pretext of going to the washroom, jumped from the first floor at 2 am on Monday and fled on foot.

Another Nigerian woman arrested for smuggling drug in Saudi Arabia

Nigerians Jailed In India Cry Out For Help, Beg FG To Come Their Aid | WATCH

5,500 Nigerians to be deported from Libya, Mali

VIDEO: I Love Nigerians So Much, Reason I Do Free Shows Sometimes – Wizkid