Bishop Daniel Obinim, the founder and General Overseer of the International God’s Way Church in Ghana, sparked outrage after a video of him flogging a pregnant girl and her boyfriend in front of his congregation over alleged acts of fornication went viral.

In a shocking twist of events, the mothers of the two adolescents whipped by him have supported the action of the bishop. 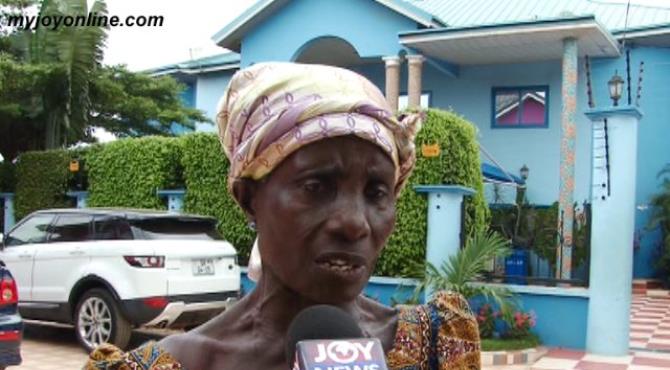 The frail looking mother of the young girl said to have been impregnated during the act of fornication, pictured above, is even ready to invoke curses on people who are calling for the pastor’s arrest.

Her counterpart, Lady Joy, who is mother to the boy, in an exclusive interview with Joy News’
Mamavi Owusu Aboagye also supported the decision by the bishop to flog her son.

Both mothers were present in the Cathedral, Wednesday evening when the Bishop removed his belt, whipped the young couple and later invited one of his right hand men to join in the whipping. 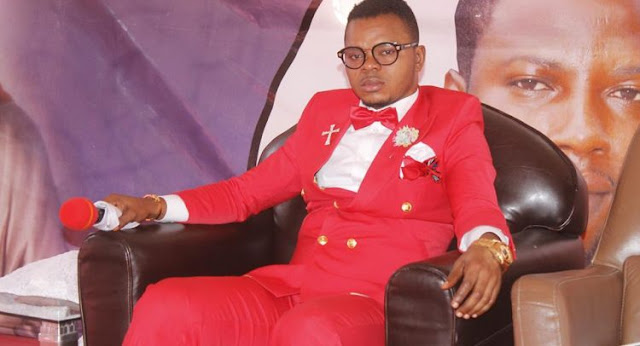 Lady Joy also added that she was very excited to watch ‘Angel Obinim’ discipline her son.

“When my husband died and we needed help, no Ghanaian intervened, not even my family. Angel Obinim took me in and enrolled my son in school so they should leave the ‘angel’ alone” the boy’s mother stated.

He is our father, he has been taking care of me and my son since my husband died. He is the one paying my son’s school fees and has the right to discipline him when he goes wrong,

Obinim has since defended his actions and remained unrepentant. Justifying the act on Multi TV’s AM Show on Friday, the controversial man of God said his action, which is biblical is to instill discipline in the teenagers.

He said his father Jesus Christ revealed to him while he was prophesying that the two teens were planning to terminate the pregnancy.

Meanwhile, the girl’s mother had this to say:

“Papa should have beaten her more. Imagine what would have happened if the prophecy had not come and she drunk the medicine to abort the baby.

‘If Ghanaians do not stop condemning the pastor for correcting the children I will begin to invoke curses on them,’ the 72-year-old woman threatened.

FRSC returns 900,500 recovered at the scene of a road crash

Netflix surprises Ikorodu Bois with filming equipment worth millions of Naira after their viral remake of Money Heist Trailer!!! (Photos)

Nengi was confused as Head of House, not a leader – Ka3na

FRSC returns 900,500 recovered at the scene of a road crash