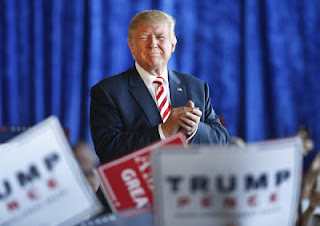 Despite the threats made by US President-elect, Donald Trump that he would push for further investigation of Hillary Clinton related to her private email use and the Clinton Foundation, his close adviser said on Tuesday, November 22 that he won’t go ahead with it.

Trump triggered consternation — and widespread condemnation — when he made an unprecedented campaign threat to jail his Democratic rival should he win the White House.

The Republican made Clinton’s email scandal and allegations of pay-to-play at her family foundation a core theme of his campaign, railing against her “crimes” and leading fired-up supporters in chants of “Lock her Up!”

But since his election he has deflected questioning on the subject, saying in an interview he would think about it, but had other priorities as incoming head of state.

“I think when the president-elect… tells you before he’s even inaugurated that he doesn’t wish to pursue these charges, it sends a very strong message, tone, and content” to fellow Republicans, Trump aide Kellyanne Conway said in an interview on MSNBC’s “Morning Joe.”

During their second presidential debate in October, Trump told Clinton he would instruct his attorney general to get a special prosecutor to look into her email practices when secretary of state.

Clinton responded: “it’s just awfully good that someone with the temperament of Donald Trump is not in charge of the law in our country.”

Trump then quipped: “Because you’d be in jail.”

Conway told CNN that Clinton “still has to face the fact a majority of Americans don’t find her to be honest or trustworthy.”

“If Donald Trump can help her heal, perhaps that’s a good thing,” she added.

“He’s thinking of many different things as he prepares to become the president of the United States, and things that sound like the campaign aren’t among them.”

Brett McGurk resigns over US withdrawal from Syria