How Nigeria, Africa can compete with the American-Chinese duopoly 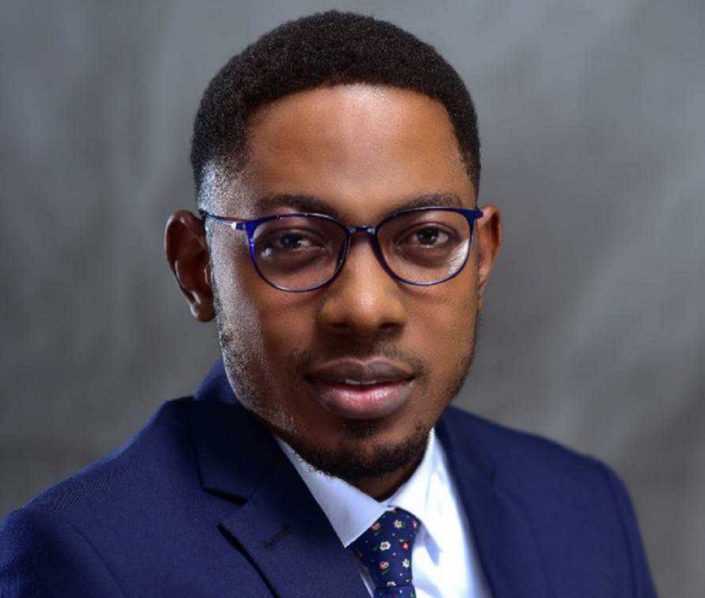 Africa, with a landmass of about 30.3Million km2 and population of over 1.3Billion people is the world’s second largest and second most populous continent, occupying 6% of the earth and yet it contributes just around 6% to the world economy.In the latest Global Competitiveness Index (GCI) – a report compiled by the World Economic Forum – African countries make up 17 of the bottom 20 nations, which is frankly a sad commentary on the black continent.

According to the CIA’s World Fact book, the world’s Gross World Product (GWP) was around $107.5 trillion in Purchasing Power Parity (PPP) and Africa with just over $6.4 trillion contributes just around 6% to this global pool. How then does a continent once projected to be the next “Economic Engine” of the world actually compete?

In a global economy dominated by Chinese & Americans and closed followed by the Europeans and the emerging economies of Brazil, Russia, India, & South Africa, how really can Africa compete? 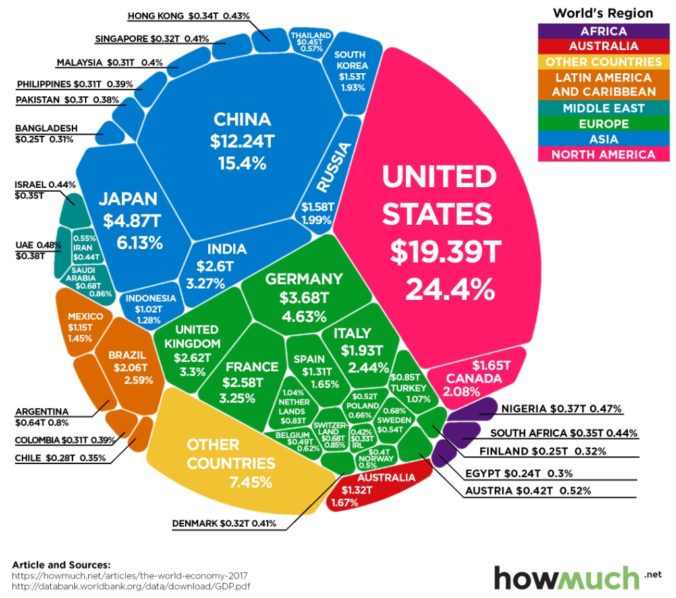 Between 2000 and 2016, Africa experienced strong economic growth rates (averaging about 4.6% annually), higher than Latin America and the Caribbean rate (2.8%) yet lower than developing Asia (7.2%).

Despite this growth and however small it was, Africa would benefit even further from improving its economic growth patterns as the critically of the current times and the needs of her people increases.

Interestingly though and against popular opinion, Agriculture does not appear to be the primary way to make this happen, and happen fast.

It is no secret that Technology has pushed the world many years into the future. The Industrial Revolution changed a lot but the current technological revolution is changing everything from the way we live, eat, pay for things, have kids, get education down to the way we make friends, partners and how and when we associate with these people – virtually everything.

Indeed, at the moment, there are about 7.8Billon people on earth, and of this, about 2.7Billion are on Facebook alone, while about 2.1 Billion daily interact with the platform, which is perhaps the largest single convergence of humanity every day. This reality inadvertently means that over 30% of the world are actively interacting on a single platform every day. Imagine the economic possibilities embedded in this data.

It is thus undoubted that if Africa wants to compete, it must look ahead and try to discern what the future of tech would be or rather is becoming. Africa and indeed Nigerians must explore all the emerging technologies possible and see about engaging them for scale.

In 2016, I attended GiTEX in Dubai, the third largest technology conference in the world which converges every October. At the conference, there were clear articulations about the future of technology and why everyone should be preparing for the tomorrow that had arrived today. 5 major branch were the outlook for technology’s future. They were Artificial Intelligence/Data Science, Virtual Reality (VR)/Augmented Reality (VR), Blockchain Technologies, Robotics and of course, Platforms.

After the conference, myself and fellow attendees reviewed the submission and arrived at some interesting conclusions as we had to contextualise technology within the limitations and realities of our continent.

Indeed, it is necessary to submit here that the African continent does not have the infrastructure or the technological wherewithal to constitute an affront on most of the aforementioned tech directions. With respect to Robotics for instance, Africa still lags incredibly in manufacturing engineering which is a critical requirement for Robotics production.

The plants, people, power and infrastructure required to pull this off is largely unavailable or epileptic in most cases, which is a major constraining factor against adoption or fully exploring this technology at this point. Also, with AI and Data Science, the technology is such an emerging field that Africa isn’t even a consideration for some of the tests and data assumptions currently being paraded around the world at the moment. Same sentiments apply to VR/AR and Block chains which isn’t yet as widely accepted, mastered and deployed across the continent as they have been across the oceans to the left (Atlantic) and to the right (Pacific).

However, when you consider the patterns behind emerging platforms around the world and you look at the level of staying power Africa has on these platforms, you begin to see a trend – perhaps platforms can be Africa’s big break! A lot is happening on the continent currently. Infact, in Nigeria, some of the most reputable technologies to have emerged out of Africa are of Nigerian origins and they are mostly platform. Jumia – the e-Commerce platform, which was recently listed on the New York stock exchange is Africa’s first Unicorn. Quickteller, the Mobile payment platform from Interswitch, Remita the Payment platform from SystemSpecs, Paystack, PayAttitide, Flutterwave, Monnify and other leading indigenous technologies across the continent and in Nigeria are mainly platforms.

Indeed, African start-ups are beginning to make the right noises and consequently have started attracting global prying eyes – most of which have been so fascinated that they almost immediately become angel investors.

Nigerian FinTech start-ups alone attracted around $1Billion in 2018, a fund raiser milestone for the continent. As America and the Chinese continue to lead with the development and deployment of leading platforms globally, with Google, Uber, Facebook and Amazon the leading platforms from America while Alibaba, WeChat, Weibo, Tencent  QQ as leading platforms from China, Nigeria and Africa does not seem to be lagging on that front unlike other leading innovative technologies where we do not seem to have the vital skills, competence and infrastructure to support and deploy them at scale.

The question therefore is, what should Africa do to amplify this positive trajectory and sustain its growth? Build & continuous Build!!!

Africans and Nigerians in particular should build platforms that solve real, localized problems. Indeed, we should start exploring technology to solve real life problems and challenges plaguing our society. Challenges like Security, Waste Management, Financial Inclusion, Access to qualitative and affordable Healthcare, poor Transport and traffic management, Food processing and storage, Access to qualitative and affordable Education and many others.

To kick-start this revolution and scale its execution, the most important steps that should be looked at by every African government as well as multinational corporation should be to encourage Tech education. We need to encourage technology education starting from Basic (Primary) school to High (Secondary) School and tertiary levels across the continent. This will encourage more interest and will grow competence across all strata.

The next is a ramping up of Business Education and building of Partnerships(both intra partnerships within the continents and extra partnerships with other global giants) outside their shores. Mentorship programs should be put in place for young techies to access leading minds and coaches at little to zero cost for these young minds to encourage their incubation and interests.

Lastly, local investment and funding should be a priority for all Africans. The continent has over 20 known Billionaires (US$) and over 140,000 millionaires (US$), so local funding would ensure that Africans are key players in the coming continental resurgence. Currently, there is a lot of investment in yesterday’s assets across the continents. Real estate, Oil fields, trade and commerce and even depreciable assets like cars and accessories are still the leading assets of many of our rich Nigerians.

A trip to Banana Island in Ikoyi still reveals an assortment of un-occupied palatial houses, which is the same reality in Asokoro, Wuse 2 and Maitama in Abuja where Nigerian Billionaire are still hell bent on investing in a peaked real estate Market.

In Nigeria today, an Import License or Oil prospecting license is still considered the crème of local investment opportunities at the detriment of an abundance of revolutionary technologies emerging from the continent. It is a well-known but sad reality that more than 80% of Start-Up finance is currently foreign thereby exposing our enterprise and economy to foreign interest.

Whatever happens now and into the future, it should be known that a new Africa is coming – one that will be a force to reckon with.

Therefore, entrepreneurs across the continent should start exploring technology that can give us a competitive advantage and get us at the table. We all don’t necessarily need to know how to code.

Whatever skillset you may be blessed with, explore partnership with technically skilled people to deliver the next Remita or Google from Africa. For certainly, a day is coming, when the tale of the hunt will no longer be told by the hunter, but also by the lions, and when such a day arrives, we will behold a new continent arisen from the ashes of colonialism, militarisms, diluted democracy and costly wars that have stolen its boon and brightest.

When that day truly comes, a technovated Africa will emerge. One that will never again be ignored.