Heartbreaking Photos: Coffins Of Brazilian Footballers Killed In Plane Disaster Laid Side By Side In Funeral Home 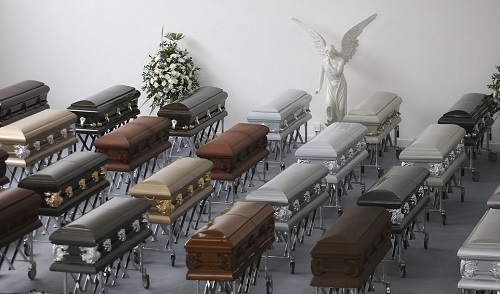 United for one last time, these are the coffins containing the remains of Brazilian footballers killed in the devastating Colombia air crash.

The bodies of Chapecoense players killed when the LaMia airline plane smashed into a mountain have been identified and are being embalmed and prepared for transport by military aircraft back to their homeland.

Heartbreaking pictures show the coffins laid out in the Colombian city’s San Vicente Mortuary with chairs dressed in white left out for grieving friends and relatives.

The caskets are due to arrive in the club’s home city of Chapeco as soon as midday on Friday and be taken directly to the club’s stadium for a collective wake that Brazilian President Michel Temer is expected to attend. 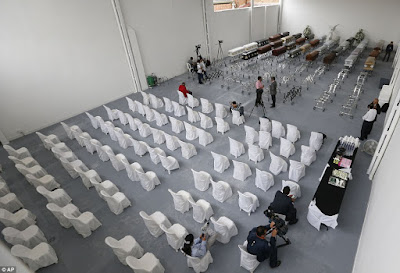 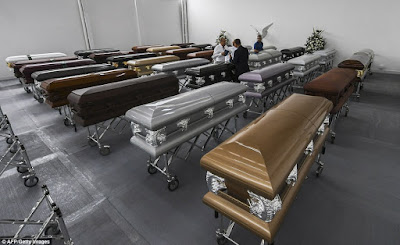 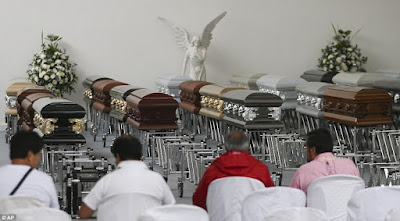 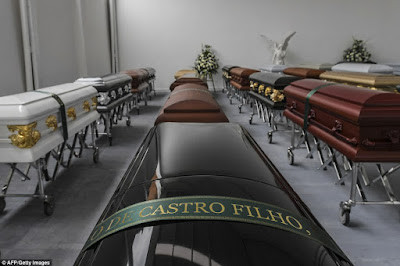 Vector reveals the release date of his next album ‘Lafiaji’

Vector reveals the release date of his next album 'Lafiaji'

BBNaija: Watch How The Housemates Performed In Their Oppo Mobile Challenge (Videos)