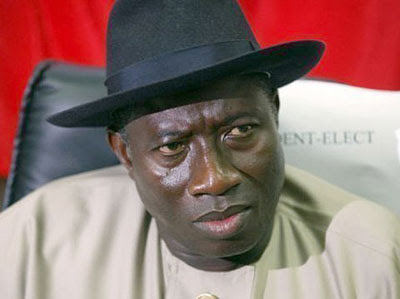 The Action Congress of Nigeria (ACN) has condemned the presidency’s hysterical reaction to the recent speech at the British African Diaspora Conference in London by Asiwaju Bola Ahmed Tinubu, describing as unnecessary and diversionary the name calling and personal attacks against the ACN leader.And that the presidency should tell Nigerian Nigerians whether indeed the poverty level in the country has reduced since 1999 when the PDP assumed power.In a statement issued in Abuja on Wednesday by its National Publicity Secretary, Alhaji Lai Mohammed, the party said instead of reading the speech objectively, the presidency pressed the panic button by sending its self-confessed ”attack dog” to criticise a report he had barely read and denigrate the ACN and its leader, an action that is now the favourite pastime of the presidency.”The presidency went after the messenger, rather than the message, rehashing its old and stale cliches about the ACN and its leader for daring to carry out an objective analysis of the state of our economy as well as the state of the nation and also suggesting the way forward,” it saidACN challenged the presidency to controvert what can be described as the kernel of the speech concerning the economy.”Quoting the late British economist Dudley Seers, Asiwaju had raised the following questions to be asked about a country’s development: What has become of poverty? What has happened to unemployment? What is the state of socio-economic inequality?”The ACN leader further posited: ‘If all three have declined from high levels, then development has occurred. But if one or two of these central problems have grown worse, especially if all three have, it would be wrong to call the result ‘development’ even if GDP has improved’.”The party said the presidency should rather tell Nigerians whether indeed the poverty level in the country has reduced since 1999 when the PDP assumed power at the centre, as well as how much unemployment has been tamed and how far the socio-economic inequality has been curbed.”This is how to counter any perceived incorrect assertion by any critic, instead of engaging in name calling,” it said. ”The assertion by Asiwaju in his speech tallies with our earlier statement that what we are experiencing in Nigeria, under the Jonathan Presidency which has been reeling out highfalutin economic statistics, is growth without development, which is useless.”ACN also challenged the presidency to prove to Nigerians that the country’s leadership in the past 14 years has been visionary,disciplined and courageous – what Asiwaju described as the ”missing link” that has led to the retrogression of the three key drivers of development.”As Asiwaju said, ‘the gap between poor and rich widens. There is grinding poverty and people have to work twice as hard each day to make ends meet. There is massive unemployment. Of what use is any leadership that does little to solve these problems?”’The party also challenged the presidency to deny that it had turned the concept of democracy, especially one man, one vote, on its head, especially against the background of its (presidency’s) antics in the recently-conducted election of the Nigerian Governors’ Forum.”Here is what Asiwaju said in his speech on that election: ‘Look at the recent controversy surrounding election of the Nigerian Governors Forum (NGF) chairman. Thirty-five state governors assembled to vote for the chairmanship. They did this among themselves by secret ballot.One contestant earned 19 votes. The other attracted 16. In a place where honesty matters, the result would be clear and undisputed.”’But not in today’s Nigeria under the current leadership. The chap who earned fewer votes was declared the winner by those who backed him.In Nigeria, the tenets of basic arithmetic have little application concerning elections. Votes do not count, they are concocted.Elections are not necessarily won by the candidate with the highest votes. Elections are won by the candidate of the powerful and mighty. Consequently, a group comprising all the nations’ governors could not even conduct asimple 35-person election without a disputed outcome’.”ACN said these are the issues that the presidency should have addressed in its hurried, poorly-articulated and highly unimaginative response to the well-received speech, adding ”Let our public discourse be aboutissues, not personalities.”

« “I don’t do cheap money” Wizkid tweets
Vector at war with his record label, YSG. Arrested twice by his label »