Guess Who Got His Friend’s Wife Pregnant?

Notice: Trying to get property 'child' of non-object in /home4/entredefined/public_html/wp-content/themes/jnews/class/ContentTag.php on line 45 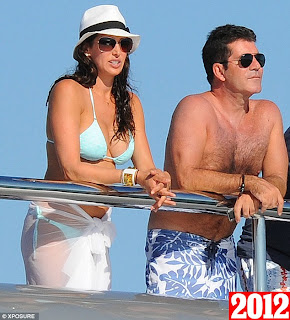 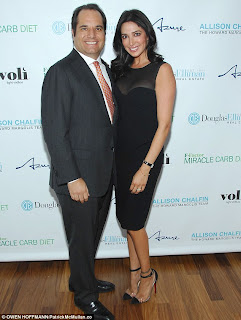 Simon Cowell is a very popular man; I mean he’s always been famous especially for his very cruel comments as the judge of American Idol and now the X-Factor music competition. There is no doubt that Simon could be mean in all aspects of his life. But when he decided to betray his close friend,Andrew Silverman by sleeping with his wife, Simon just got even meaner.
Except a man gets uncontrollably desperate or dead drunk, that he can actually do this – sleep with his friend’s girlfriend, wife or ex-wife talk less getting her pregnant and keeping the baby. If not then that same man would be vicious or completely selfish!

We hear of these stories time and again but pray and wish we don’t get to be the victims of circumstance. It gets even more interesting when it’s a famous face who’s involved in the big drama. Funny enough, X-factor stern judge, Simon Cowel has finally shown us the extreme he can go to get whatever he wants even when it has to involve him having an affair with his friend’s wife, having sex with her and getting her pregnant and then keeping the baby and now talking openly about how happy he is to be a father.
Wow! We only wonder if that friend of his – Andrew Silverman – will show up for the baby shower. How brutal is that? Did he seek the opinion of his bosom friend whether he could bang his wife? Did they even talk about it (her) in their hang out discussions? Did he keep it a secret all this while? Jeez! Simonshould be a very trust worthy friend, won’t y’all agree?
It’s bad enough a man gets to meet his friend almost on weekly bases and can’t tell him the full details of who he is dating but betraying that same friend is unacceptable. Could you bang your friend’s wife or ex and feel fly about it? “Men are dogs” is the usual saying and they keep giving us every good reason to believe it every single day. Zip it up guys and don’t commit crimes you would regret for a life time.
Simon Cowell has been a single man for a very long time and had some time confirmed he wouldn’t want to get married. As for having children, the almost no-conscience man said, “I’d want kids if I knew I could be faithful. I’m not sure I would be good for the first six months or so, but once they knew who I am…” Yeah Simon we now know exactly which kind of man you are.
The X Factor judge, 53, is expecting his very first child with New York City socialite Lauren Silverman,36, and the mom-to-be is still technically married to real-estate mogul Andrew Silverman, who happens to be a friend of Simon’s. Both became very close as her marriage to Andrew suffered a big hit. An insider told US Weekly, that Lauren is “around 10 weeks along” in her pregnancy.
One can’t predict what a man can do and how far he can go to stab a friend. Bet y’all are wondering the same thing. Well, we will love to wish the couple a happy life and hope Simon will keep to his word of being ‘faithful’ once a child gets into the picture.

Swallowed Fisherman Fighting His Way Out Of Shark

Swallowed Fisherman Fighting His Way Out Of Shark