Girls Trip is the hottest American comedy to hit cinemas inNigeria courtesy of film distribution giants, Silverbird Film Distribution WA.
Already grossing over $74 Million worldwide, Girls Trip is a movie that enjoys positive reviews from critics which makes it one of  summertime most surprising comedies.

The movie focuses on 4 black women,who portray a real life squad with a history of strong friendship that is well built into the context of the film. Girls Trip has an energy that will win audiences over with it deep hilarious scenes interwoven into its strong message of solidarity. 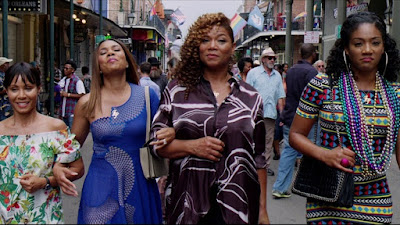 The beautiful cast of Queen Latifah, Jada Pinkett Smith, Regina Hall and Tifany Haddish form the 4 friends who reunite after 5 years for a fun filled weekend which exposes the truth that all is not what it seems among them.
The movie also passes across deep messages about public image vs. private happiness, work and the value of loyal friends who will tell you your mistakes and celebrate your successes. There are also some very  insightful contemporary perspectives about marriage, career and love.
Award winning Malcolm D. Lee is the director of Girls Tripand with hits like The Best Man and The Best Man Holiday under his belt, it is to be expected that Girls Tripwill also be a hit that it already is. 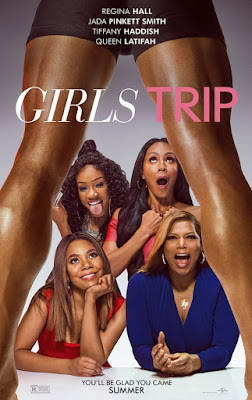 It is well worth taking a trip to the cinemas to watch this genuinely funny movie which will engage you with its witty dialogue alongside cameo appearances by star artistes, Ne-Yo, Faith Evans, Sean “Diddy” Combs, Maxwell andCommon.

Olamide – Wo (Prod by Young Jonn)

Olamide - Wo (Prod by Young Jonn)