The two-page “dear colleague” letter from the Trump administration, said that the Obama directive needed to be withdrawn because it lacked extensive legal analysis, did not go through a public vetting process, sowed confusion and drew legal challenges. 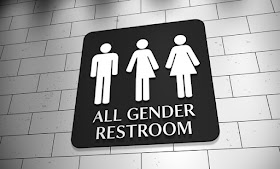 The letter added that:

“Schools must ensure that all students, including LGBT students, are able to learn and thrive in a safe environment.” Attorney General Jeff Sessions said in a statement that his department “has a duty to enforce the law”.

Sessions wrote that the Department of Justice remains committed to the “proper interpretation” of the anti-discrimination law known as Title IX but said deference should be given to lawmakers and localities. He said:

“Congress, state legislatures, and local governments are in a position to adopt appropriate policies or laws addressing this issue,” Sessions said.

Education Secretary Betsy DeVos agreed with the decision saying that is an issue:

“best solved at the state and local level. Schools, communities, and families can find and in many cases have found solutions that protect all students.”

DeVos also gave assurances that the department’s Office for Civil Rights “remains committed to investigating all claims of discrimination, bullying and harassment against those who are most vulnerable in our schools,” and she noted that she considers “protecting all students, including LGBTQ students, not only a key priority for the Department, but for every school in America.”

Advocates said the withdrawal of the federal guidance will create another layer of confusion for schools and will make transgender students, who are already vulnerable, more so.

“Attacking our children . . . is no way to say you support and respect LGBTQ people,” said Mara Keisling, executive director of the National Center for Transgender Equality.

Others said the practical effect on the nation’s schools would be muted, in part because a federal judge already had blocked the Obama guidance in response to a lawsuit from 13 states that argued it violated states’ rights.

The Trump administration’s move drew lots of approval from social conservatives who oppose the idea that a student can identify as a gender that differs from their anatomy at birth. Vicki Wilson, a mother with a child in High school said she sympathizes with children who have “difficult personal issues” to deal with, but thinks that “young men shouldn’t be permitted to deal with those issues in an intimate setting like a locker room with young women.”

School district officials in Palatine, bowing to federal pressure, allowed a transgender girl to change in the girls’ locker room at her school.

“No school should impose a policy like this against the will of so many parents,” Wilson said during a news conference organized by the Alliance Defending Freedom, a Christian legal organization.

The letter also puts Trump squarely in the middle of the civil rights debate: Despite a flurry of activity in the early weeks of his presidency, Trump had not previously waded into the issue of gay and transgender rights. Trump declined to sign an executive order last month that would have dramatically expanded the rights of people, businesses and organizations of faith to opt out of laws or activities that violate their religion, such as same-sex wedding ceremonies.

Many took it as a sign that he would take a more liberal approach on gay issues than his Republican cohorts.

Advocates say federal law will still prohibit discrimination against students based on their gender or sexual orientation. Still, they say lifting the Obama directive puts children in harm’s way.

‘Reversing this guidance tells trans kids that it’s OK with the Trump administration and the Department of Education for them to be abused and harassed at school for being trans,’ said American Federation of Teachers President Randi Weingarten.

Lel, 2face has a question for English experts