Donald Trump has mocked Jeff Bezos for his affair with Lauren Sanchez and he praised The National Enquirer for exposing the world’s richest man while also slamming the newspaper owned by Bezos.

So sorry to hear the news about Jeff Bozo being taken down by a competitor whose reporting, I understand, is far more accurate than the reporting in his lobbyist newspaper, the Amazon Washington Post. Hopefully the paper will soon be placed in better & more responsible hands! 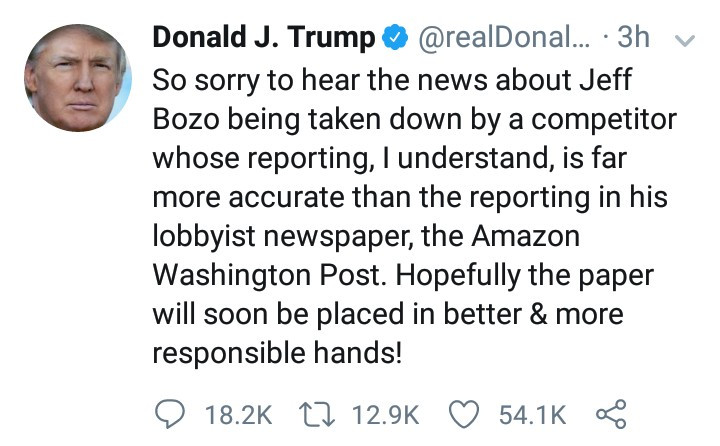 The “competitor” Trump was referring to was the National Enquirer, which exposed the affair between Bezos and Sanchez.

Jeff Bezos’ Wife Getting $36B in the Biggest Divorce Settlement Ever?