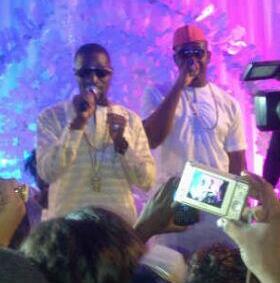 A lot of people have been talking about a D’Banj and Don Jazzy re-union since their shocking break up, and this is by far the closest they have appeared together in public since the break-up in March 2012 and the venue was perfect, the wedding ceremony of D’banj’s sister.

The erstwhile partners met up at D’banj‘s younger sister’s wedding to Cool FM’s Dotuntoday, August 3, 2013 at The Grandeur Event Centre, Ikeja, Lagos.
The top producer at Mavin Records and top recording artiste at DB Records shocked guests when they got on stage and performed some of their hit duets including ‘Mr Endowed‘, ‘Fall in love‘ and ‘Suddenly‘ for the new couple. 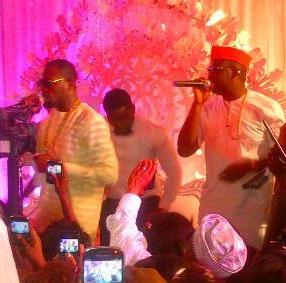 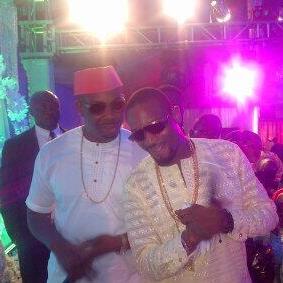 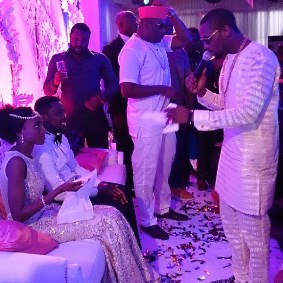 Although the pair have met a couple of times since parting ways, it is the first time they’re performing together.

It was not clear as at yesterday if Don Jazzy would attend the wedding. But those familiar with the producer say it’s no surprise he joined the Oyebanjos for what’s an important celebration. ‘Don Jazzy is part of the family. What has happened has happened, but Jazzy was quite close to the family and D’Banj’s mom was like the mother of Mohits‘, a source told NE.

D’banj who confessed he’s ‘extremely happy’, about the surprise reunion also presented the couple with a brand new Honda CRV.

Sources told NE that D’banj had initially planned to bring out Don Jazzy on stage to his DKM concert earlier this year, but that plan did not materialize.

We will all love these two make awesome music yet again surely.