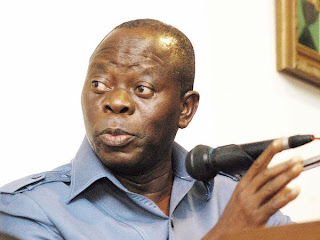 The withdrawal of commercial motorcycles from roads in Benin metropolis, southsouth Nigeria, Monday began to cause hardship as thousands of commuters were stranded on the roads.Most of the roads were filled with students, workers, market women and other commuters waiting to catch buses or taxi cabs to their various destinations.Commuter buses had a field day transporting commuters to their various destinations, many of who could have otherwise taken a ride on Okada, the banned commercial motorcycles.Drivers of the buses however took advantage of the ban on Okada to hike their fares. Commuters had to pay between N50 and N60 for a trip from Uselu market to Ring Road, as against the N30 or N40, while a trip from Ugbowo to Ring Road now costs N100 as against N70 previously charged.All major roads and streets of the city, including Ring Road which was notorious for indiscriminate parking of motorcycles and reckless manoeuvring between vehicles, were free and devoid of heavy traffic jam that characterised those areas before now.Activities of operators of tricycles otherwise known as Keke NAPEP are also restricted to interior streets of the town, as they were barred from operating on major roads, especially around the city centre (Ring Road), Mission Road, New Benin Market, Sakponba Road and other major roads.Governor Adams Oshiomhole of Edo State had last week announced a total ban on commercial and private use of motorcycles and a partial ban of Keke NAPEP in Egor, Oredo and Ikpoba-Okha local government areas making up the Benin metropolis, citing security reasons for the ban.No motorcycle and Keke NAPEP were sighted on all the roads monitored Monday by NEfrom as early as 7 am, except along Okhoro Road where a soldier in uniform was seen riding a motorcycle from the Okhoro police station end of the road to the Lagos Road side. He however zoomed off before his photograph could be taken.A commuter, a banker who simply identified himself as Sandra, who spoke to newsmen , said she had to leave home as early as 6.30 am as against 7 am to beat the delay occasioned by anticipated traffic jam.She said she would always “prefer to ‘fly’ on bikes to my various destinations. It helps to beat traffic jams and it’s more convenient for me. If I have my way, I will reverse the ban. See now, I had to leave home 30 minutes earlier than my regular time of departure.”Thousands of other commuters who could not wait for buses resorted to trekking to their various destinations.Osas who operated Keke NAPEP along Medical Store Road till Sunday night, lamented the restriction on their activities.“See me now, I used to drive Keke here on Medical Road, but I have to drop it at home and walk. How long this will go on?” he said