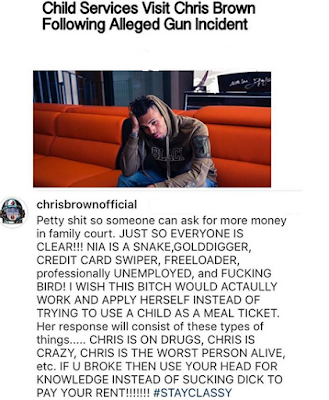 Chris Brown posted a story by TMZ on his IG page where he talked about Child services visitng him following the alleged gun incident where a former beauty queen accused him of pointing a gun at her face. Why he attacked his baby Mama Nia Guzman is not known but he attacked her and basically called her a gold digger. She didn’t ignore the comments. She came back at him after she disabled comments on her own IG page knowing Chris Brown’s fans could attack her on his behalf. Read the rest after the cut…

She continued with the blast..

Then when Baller Alert posted the story, he left this as a comment on their page.. 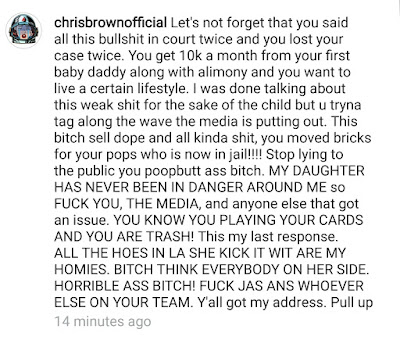 After the back and forth, he took to his IG page and posted a video why he responded. Watch the video below: