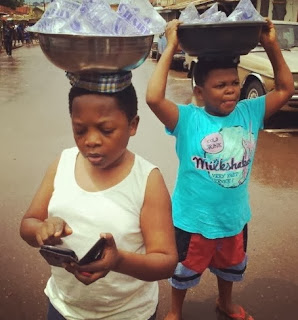 opened the old wound between Nigeria and Ghana.

According to sources, the duo were recently prevented from taking part in a movie production in Kumasi Ghana simply because they're Nigerians who

require work permit to operate in the country.

in Nigeria for lacking work permit.

Although officials of the Film Producers' Association of Ghana (FIPAG) debunked rumour of a ban, outburst by fans of the comic actors appears to be overwhelming.

FIPAG's Public Relations Officer Mr. Michael Ola, who tried to douse possible tension, said the decision to stop the actors was because the director of the movie breached the association's regulations, by not letting the actors know that they need a work permit to be

part of any production in Ghana.

They were therefore, advised to return to Nigeria to obtain an official work permit, and be ready to make payments for the continuation of the shoot.