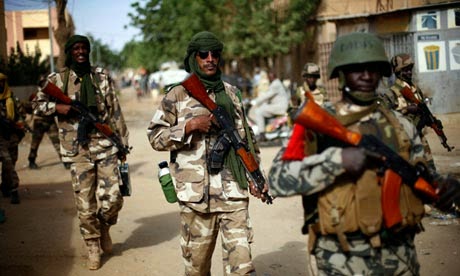 Chad’s troops have rescued most of the 100 people kidnapped by the Boko Haram sect, following a successful military operation against the sect.The terrorist group earlier this month kidnapped 100 people, according to a Nigerian security official and a local self-defence member.The Associated Press reported that the rescue operation took place on Friday.The abductions took place on August 10 in Doron Baga in the Kukawa area near the border with Chad, said the official, who spoke on condition of anonymity because he was not authorised to speak to the media.He said the terrorists were stopped as they crossed the Chad border by Chadian soldiers who killed most of them and set free most of the captives.Muhammed Gava, a member of the anti-Boko Haram vigilante movement, said 20 females and about 70 young men had been forced to board speed boats in Lake Chad, which lies on the border between Nigeria, Chad, Niger and Cameroon.A source, who spoke to journalists in Maiduguri, said the insurgents attacked the village in the evening and took away some boys and young men.Some of those that fled the area that were sighted in Maiduguri after the attack, said they had to flee because of the constant attacks by the insurgents.

Coronavirus is noise from hell, it is mere fever – Oyedepo

BBNaija: Erica And Kiddwaya Caught Knacking Under The Duvet (Video)

Kaisha’s father is a KING, she has no inferiority complex – Lady says

BBNaija: Checkout 1st video of Lilo after eviction from the house