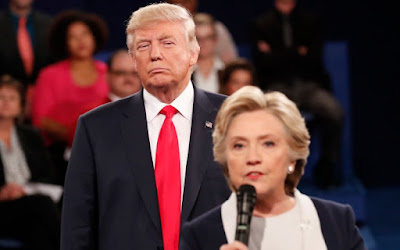 Hillary Clinton and Donald Trump didn’t shake hands at the beginning and they butted heads a number of times, about the leaked tapes in which Trump makes a number of disgusting comments about women, foreign policy and the fact that Trump didn’t pay taxes for a number of years.

While there were more ugly moments, the debate ended on a slightly nicer note. Participant Karl
Becker asked what the two candidates admired about each other, and it drew some laughs from the crowd.

“Well, I certainly will , because I think that’s a very fair and important question,” Clinton said. “Look I respect his children. His children are incredibly able and devoted and I think that says a lot about Donald. I don’t agree with nearly anything else he says or does, but I do respect that. And I think that is something that as a mother and a grandmother is very important to me.”

Meanwhile, US celebs took to social media to share their thoughts, and they covered everything from the tapes to the fact that Trump was creepily hovering behind Clinton for most of the night: 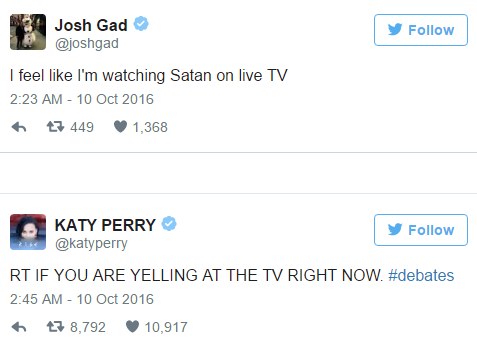 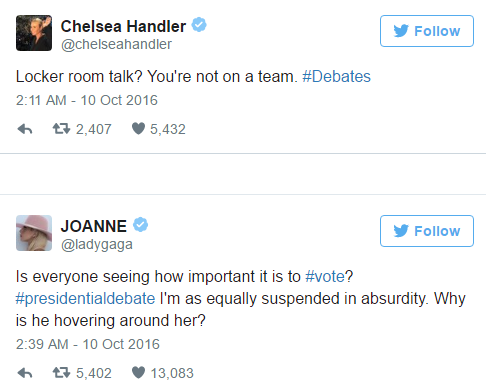 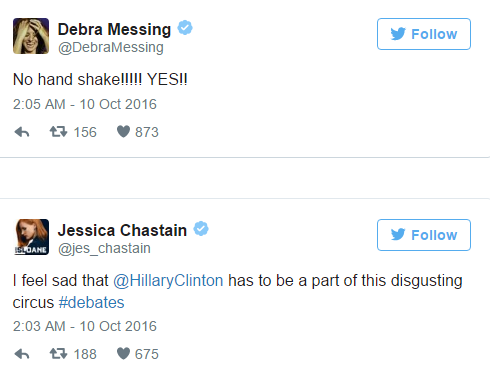 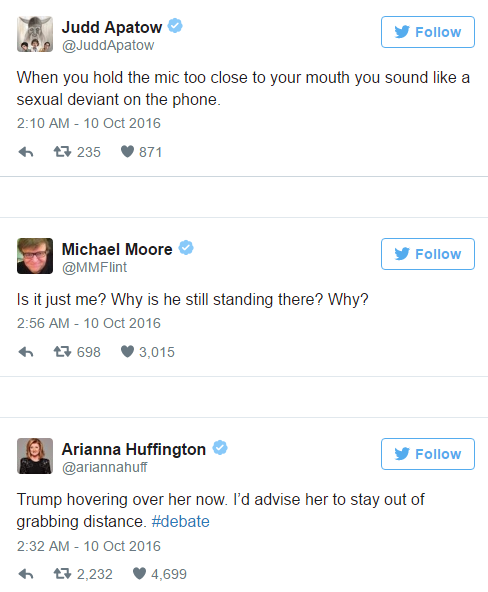 Brett McGurk resigns over US withdrawal from Syria

« Checkout What Went Down At The US Presidential Debate Last Night
DOWNLOAD: Sarkodie – Tema (Mixed By Possigee) »